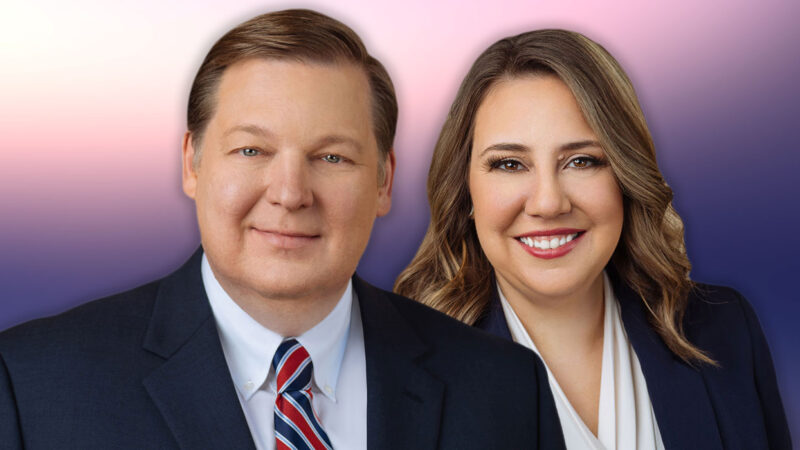 70 – Malorie Peacock – The Method: Our 9-Step Process for Evaluating & Working Up A Case

In this Trial Lawyer Nation podcast, Michael Cowen sits down with his law partner Malorie Peacock for an exciting preview of his upcoming Trial Guides book on trucking law. They’ll cover Michael’s 9-step method for case evaluation and detail each of those steps, so you can start applying them to your own case evaluation process.

They jump right into this episode with Step 1- initial triage. Michael explains how he derived the term from battlefield medicine, where patients are triaged based on the severity of their injuries and care is prioritized for the patients who need it most. He explains how trial lawyers only have a finite amount of resources, and the decision to put work into a case or not will effect more than just that case. It also takes those resources away from other cases and your personal life.

Michael then shares an example of how he used to work on automotive product liability cases, but his firm has since moved away from them. He has recently rejected five of these cases, even though they were all worthy cases someone will make money from. He chose to do this because these cases don’t fit in with his current docket, and there are other lawyers who will take them and excel at them because they do suit their dockets. Michael even sends his referral attorney to these other lawyers when the referral attorney brings him a case that he knows they will excel on – something that used to terrify him, but he’s since learned it builds an even stronger relationship between him and the referral attorney.

Before moving on to the next step, Michael clarifies that “Initial Triage” is NOT making a final decision on whether or not to accept the case. This step is simply deciding whether you want to look further into the case. In fact, Malorie clarifies that a lawsuit is typically not even filed until about Step 7 in this process.

Step 2 of “The Method” is to gather all the initially available information on the case. This information varies dramatically depending on the type of case it is, but the main goal of this step is to determine a general idea of the liability stories and issues with the case. Michael also explains the importance throughout this process of continually evaluating the case and asking, “Knowing what I know today, is this a case I would take?” If the answer is ever no, consider dropping the case. They conclude this step by discussing a recent example Malorie had of a case where the client was a great person and genuinely deserving, but the facts they discovered during this process made it a case that did not work on her docket.

Step 3 is to identify and analyze all potential immediate causes. Michael explains this as a brainstorming exercise where you record every possible immediate cause of the crash, even the causes that seem unlikely but are possible (for example, a bee in the vehicle). You then divide these potential causes into columns of “winners” and “losers.” Winners are causes which, if proven, help you win the case. Losers are causes which, if proven, mean you lose the case (or need to neutralize them).

After identifying the winners and losers in the case, you move on to Step 4 – conducting a root cause analysis. Michael explains how this concept was first developed by Mr. Toyota, the founder of Toyota Motor Company. Mr. Toyota decided that instead of fixing things when they went wrong, he would try to find the reason these things were going wrong by asking the “5 Why’s.”

To apply this to a case, you take the “winners” discussed in Step 3 and keep asking “Why?” until you find your ultimate root cause. Michael then shares an example from a rear-end case where he took the winner of “the truck driver rear-ended my client” and found “the company did not take the time or effort to train the driver” to be the root cause of the crash. He continues this process for every “winner” and develops multiple theories before he decides which theory he is going to use.

Malorie then re-emphasizes the fact that in an ideal world, you will not have filed the lawsuit yet at this point. They both agree there are times you need to file the lawsuit early to avoid any destroying of evidence, but if possible you should wait.

They move on to Step 5 – drafting the jury instructions. Michael shares how he used to feel doing this so early on was silly, but has since realized it really helps him design the case because he knows what he needs to prove. Malorie adds that doing this also better prepares you for depositions because you know what questions you need to be asking. She also emphasizes to not only look at liability instructions but also damage instructions. This all boils down to, “What do you have to prove?”

The next step in “The Method” is Step 6 – finding rules and anchors. These are authoritative sources for the rules, answering the question “says who?” Michael explains that this is one of the reasons he loves doing trucking cases, because there are so many rules and publications to use as anchors. The more sources that say a rule the better, because defendants are left with two choices: to say they know the rule and broke it, or to say they disagree with all those sources and have their own rule. Michael and Malorie then discuss numerous examples from different types of cases, showing that this method can be used on much more than trucking cases.

Malorie then asks Michael to clarify what an “anchor” is for those who don’t know. He explains an anchor as what you are “anchoring” your rules to. This is an authoritative source or publication of the rule, such as the CDL Manual, a driving company’s textbook, a store’s rules, an OSHA rule, and more. He then concludes this section by explaining how to arm your expert with these anchors to get the most out of their testimony.

Step 7 is to formulate the discovery plan. This is also where you draft the complaint or petition and plead what you need to get the discovery. For example, if you believe the root cause is negligent training, you need information to prove they have a negligent training system. Then, you formulate the discovery plan based on that. Michael cautions strongly against asking another lawyer for their interrogatories before drafting your own. You need to formulate your own based on your theories to prove what you need to prove. You can then use a form to double check and make sure you didn’t miss anything. Michael and Malorie then agree on a fantastic practice tip which makes this process a lot easier and discuss the importance of brainstorming with colleagues.

As discussed earlier, now is the ideal time to file the lawsuit. Then, step 8 is to continually re-evaluate the case. Malorie highlights the need to do this throughout each of the steps as well and to keep notes on what you’ve done so far to avoid repeating any unnecessary work. Michael then explains how as new facts, research, depositions, and discovery emerges, your initial root cause might not be the best strategy anymore and that’s okay. Malorie echoes this statement and adds that too many lawyers are afraid to ask for what they really want in discovery, and more lawyers should be specific and ask for specific documents referenced in other documents.

The above steps were mostly completed before you have all of the information about the case, which Michael cites to further emphasize the point that re-evaluation is key. He then shares some techniques he’s developed at his firm to ensure this gets done by all of his lawyers.

Michael and Malorie conclude the episode with the final step in “The Method”- test the case. Michael explains how the method of which you test the case varies depending on the value of it and lists a number of unconventional methods to do this on a budget. He then lists the advantages and disadvantages of other more conventional methods, including in-person focus groups and online studies like John Campbell’s Empirical Jury. While no method is 100% accurate, they can give you a good idea of where you stand.

This podcast also covers why you should file a FOIA request immediately, how implementing “vulnerability-based trust” by Patrick Lencioni has helped his firm, how to disprove or neutralize “losers” in a case, how Michael applies parts of this method to his employees, why you should research rules BEFORE hiring an expert, why you need to be constantly re-evaluating your case, and so much more.