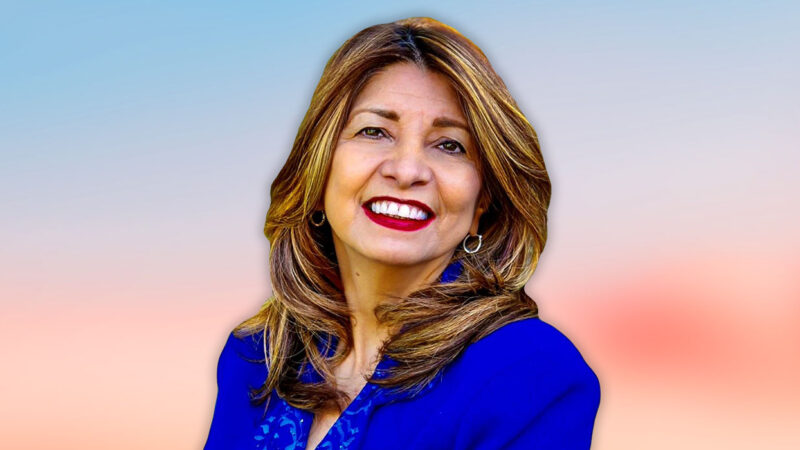 In this episode of the Trial Lawyer Nation podcast, Michael sits down with his good friend and “secret weapon,” Pat S. Montes. A practicing lawyer herself, Pat has developed a consulting business where she works with lawyers and their clients to help the clients tell their stories more effectively.  They’ll take an in-depth look at her process for depo and trial prep and why it is so effective (and healing) for clients to tell their whole story.

They begin by looking at Pat’s background and how she got into her consulting business.  A proud Mexican American and one of six siblings, she explains how her upbringing was hugely influential to her and played a substantial role in her success. She goes on to share how she attended the Trial Lawyers College in 2002 where she realized then that she didn’t really know her clients or their voices. She began a long journey of research and self-discovery, attending countless seminars on psychodrama and storytelling. While Pat does not do psychodrama herself, she utilizes many of the same techniques in her practice. She focuses on getting beyond the client’s outer layer to their inner layer, so they can show the jury what’s really going on inside them.

Pat continues by explaining what psychodrama is, which she simply defines as “finding truth in action.” In this process typically used for group psychotherapy, the “star” (the client) acts out scenes and stories from their life while the present group connects with that experience. In relation to the legal practice and our clients, it is a way of being able to connect with other humans and other human experiences and “finding the truth in the story.” Pat uses role reversal, teaches the clients how to “concretize” their feelings, and more to help them translate their feelings into a story for the jury.

They move on to dig into Pat’s process for preparing the lawyer and their client for deposition. Michael begins this section by asking Pat how she discovered that putting something into action helps the client describe it better. She shares how this process gets the client convicted about how they feel and always begins by asking about the effect of the crash on the client’s life. Their immediate answer to this first question reveals a lot about who they are and how they’ve processed this life-changing event. She will then dig deeper into that answer to uncover the “whole truth,” a process which Michael has seen Pat do with his clients many times and strongly believes is incredibly important to the case, cathartic for the client, and vital for the lawyer to fully understand their client. Michael also notes the importance of the client being completely honest with the jury, because “juries have great bullshit detectors” and will punish you if they sense you’re being dishonest.

Another important part of Pat’s process is teaching the client how to describe their pain and how it makes them feel. This not only helps them explain it vividly to the jury, but it can even uncover injuries and ailments that have been unnoticed by doctors. She then explains how the lawyer should model this to the client by first describing a recent pain they’ve had. She provides her own example of dealing with Sciatica in such detail that listeners are sure to feel the exact sensation of her pain as she says it.

While this process is meant to build trust and understanding between the lawyer and their client, it also serves to prepare the client to bare the burden of proof for the jury. Many clients initially believe they shouldn’t have to prove anything, or that their story speaks for itself. But Pat will constantly remind the client of how what they say looks to a jury. For example, if the client doesn’t remember the date of the accident, that could appear incongruent with their assertation that “the crash was devastating.”

To help the client go into their deposition feeling emboldened or proud, Pat employs a number of insightful techniques. One example she gives even uses the client’s sense of smell to bring them into their “safe place” which has a number of useful applications in the courtroom and in life. This also makes their story more engaging to the jury and helps the lawyer connect with the emotions they felt in that moment.

Pat then notes the importance of the client describing the joy that their past activities brought to their life. For example, when she asks most clients about their past job, they’ll talk about how it brought them respect and made them feel fulfilled. They typically don’t even mention the money! And when we talk about what these things meant to the client’s life, Pat says that’s where we get the anguish and the “struggles.”

This leads Michael to ask her to explain more about “struggles” and what she means by that. Pat provides a common example of a client saying, “I can’t even walk,” when in reality they can. Many lawyers shut off at hearing this because they think the client is overexaggerating or overly complaining. But while they can walk, they are doing so in a lot of pain. She then makes it clear to the client that they shouldn’t diminish anything, but they should not exaggerate anything.

Michael also adds that when clients are overstating, they’re often scared that if they don’t exaggerate, nobody will listen to them. This is why trust between the lawyer and the client is key, and Michael credits Pat for helping build many of his most trusting relationships with clients. He poetically adds, “Even if it’s not the perfect story, the truth is so powerful in the courtroom.” Pat agrees and adds that the less you have, the more you lose. So even if the client’s “before” story is filled with missteps, it’s vital to tell the whole truth to the jury.

They move on to discuss an insightful way to find the best witnesses for the client. Part of this process is the client acting out scenes from their life, which inherently reveals some people in their life that were there for those moments. Usually, they’re not anybody who the client would list unprompted, but end up being the perfect person to attest to the client’s loss.  As Pat puts it, “It’s who knows your character, not who can speak to it.”

While most of this episode has been about Pat’s depo prep process, she and Michael briefly move on to discuss her trial prep process. This involves setting up a mock jury and having everybody rotate positions to be the jury, the defense lawyer, and the client. This prepares the client for the scrutiny of the defense and the jury, giving them the confidence they need to survive the brutal attacks that can happen in the courtroom. They’ll also cover things like eye contact, what a juror needs, practicing a direct, practicing a cross examination, and more. Between this and the depo prep described in this episode, the client will come out prepared, trusting, and sometimes even “healed” from their emotional wounds.

If you’d like to contact Pat Montes about consulting on a case, you can email her at patmontes@monteslaw.com. She is fluent in both English and Spanish. Michael hesitates to say this because he’s nervous about her getting booked up, but in the spirit of truthfulness, he highly recommends working with Pat to develop your clients’ trust and storytelling skills.

This podcast also covers how long this process takes, going to trial without medical bills, why you should ask your clients who influenced them to be the person they are, why the connection you share with your client should be your voir dire question, how acting out a scene can help clients understand the mechanics of their injury, how lawyers can learn more about this process, why the lawyer needs to be present for this to work, why the plaintiff lawyer should NEVER play the defense lawyer in a role play scenario, why this process feels like therapy, and so much more.