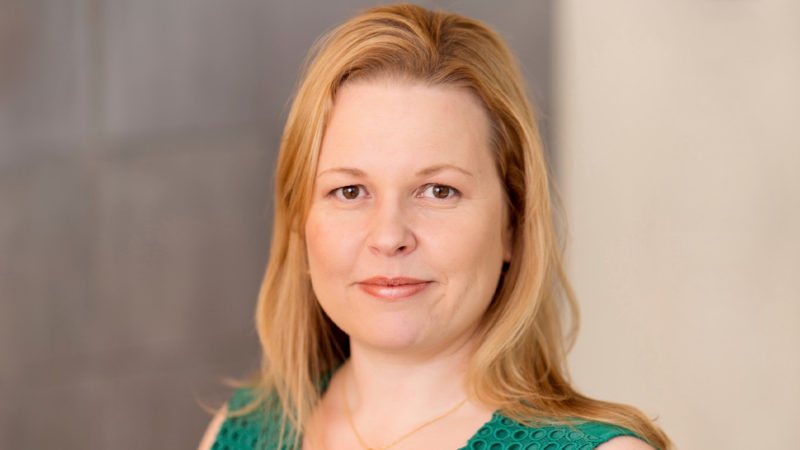 In this Trial Lawyer Nation podcast, Michael Cowen sits down with presentation coach, speaker, and trial consultant, Sari de la Motte, for a conversation on nonverbal communication. With two advanced degrees in music, and having started out initially teaching teachers how to get better results in their classrooms, Sari has transitioned her skills to working 100% with trial attorneys on how to present and work with juries.

Sari began her journey while attending school for her Master’s Degree in Music, when her professor told her she needed to go to a training on nonverbal communication to help her become a better teacher. She attended with the mindset that she was going to learn about how to read people’s nonverbal cues and make up stories about what they are communicating. Little did she realize the focus would be on herself and how she communicated nonverbally, and how she could increase her presence and charisma. And she was hooked! The trainer was Michael Grinder, a master of, and world renown expert in, the power of influence — the science of non-verbal communication, non-verbal leadership, group dynamics, advanced relationship building skills and presentation skills. She was so intrigued, she looked him up, and followed him around the country, paying her own expenses along the way for upwards of 9 months to observe and take notes on what he was presenting. After which she pivoted completely from music to nonverbal communication.

Both music and nonverbal communication are the two universal languages. She explains, you don’t need training in music to enjoy it and the same goes for nonverbal communication in order to understand it, i.e., you don’t need to be trained to know when your spouse is upset. But, if you want to perform music or you want to be systematic in how you communicate nonverbally, then you certainly need to become trained in those areas.

In the beginning, Sari started training teachers in schools on how to communicate using nonverbal techniques until the recession hit and she realized schools had less and less money to use. That’s when she adapted her trainings for the corporate world. Little did she know that when the Oregonian did a story on her, she would receive a call from a lawyer asking her to come help pick a jury the next week. She also wasn’t sure on how she would be helping but once she was in the courtroom, she again was hooked and knew it was a great fit for her.

Michael wonders how Sari learned how to take what she knew about nonverbal communication and apply it to what lawyers do. Sari shares a story about how the original lawyer wanted her to come to the courtroom, watch the jury pool’s body language and tell him who to keep on and who to kick off. Ironically, she found that as much as she kept watching the jury, to which there is no scientific evidence to back up the ability to read body language as its own language to make judgements about people, her attention kept coming back to the lawyer himself. She soon realized, the biggest opportunity to help this lawyer was to in fact, help him with his own nonverbal communication in how he was interacting with the jury. Thankfully he was open to her feedback and wanted to know everything he could from her. Sari goes on to point out that all the nonverbal skills she teaches, whether teaching teachers, the corporate world, or to lawyers, are all the same skills. It’s just the context that changes. And once she learned the context lawyers operate in, how to apply those skills, and met a lawyer who was able to look at himself instead of focusing on what the jury was doing, she truly fell in love with the work trial lawyers do. Michael points out the irony of “how many times we’re doing something with our hands, a facial expression, other body language, or even our tone of voice, and we don’t even know it. And we’re giving off a message that is the opposite of the words we’re saying.” Sari not only agrees, but also points to research that shows “if there is a mismatch between what you are saying and what you’re communicating nonverbally, the listener will go with the nonverbal message every single time.” She continues by pointing out those awkward times lawyers are videotaped, watch it back, and are absolutely horrified by what they see; not so much in regards to the superficial things like hair being out of place or our weight, but rather because we have no idea about all the weird things we’re doing nonverbally.

Early on, at the beginning of her career, Sari was approached to speak to The Inner Circle, a group of the top 100 plaintiff attorneys in the United States, and statistically notes after 15 years, she has found that it is always the best lawyers that show up on her doorstep. Michael and Sari discuss “winning in the courtroom” and how some overstate its importance and talk through what they see as a better way to define winning. Furthermore, Sari points to what is in your circle of concern versus your circle of influence, a mindset which stems from The 7 Habits of Highly Successful People by Stephen Covey, and further proves her point about the definition of winning.

Talking about Sari’s podcast From Hostage to Hero (also the name of her upcoming book), Michael is curious about where the name came from. She recalls needing to learn the context of how to apply her skills to the courtroom and finding the best way to do so being to read all the books lawyers were reading, attending CLEs, watching DVDs, etc. And she found that after helping to pick several hundreds of juries and having read all kinds materials, there was something missing from the conversations … the idea of jurors being hostages. No one was really talking about the elephant in the room, where jurors don’t even want to be there in the first place, and they’re forced to do it anyway. So, she set out to fix this “communication dilemma” and understand how we get jurors to want to participate and realizing the hero role they truly play in the end. In other words, we’re asking jurors to take action for some person who they don’t know, with something they think doesn’t benefit themselves at all. “We’re asking them to be heroes, but when they first come into the courtroom,” Sari reveals, “they’re hostages.”

Sari discusses the levels of engagement lawyers go through with jurors on their journey through a trial: creating a safe environment; engaging them with you and the material, AKA voir dire; commitment, and be willing to listen to your opening statements; and finally, taking action at the end. Whereas, lawyers have a tendency to jump all the way to the end before systematically moving them through the other levels of the interaction. Or, as Sari describes it “that’s like going to our coffee date, talking for two minutes, and then getting down on one knee and asking the person to marry us.”  Sari continues to discuss each level in detail, including: understanding the 3 components of any message (content, delivery, reception) and using your breathing as a way to create safety. Then she discusses listening to understand vs. listening to talk and how to elevate people’s status by listening, along with the different levels of listening. And lastly, empowering jurors to make a decision and take action.

Listeners might think a podcast episode about nonverbal communication could potentially leave people feeling like they’re missing out on what’s to see, but Michael’s conversation with Sari couldn’t be more engaging and relatable with their descriptiveness. The episode rounds out with several other topics such as: understanding the S.C.A.R.F. model (Status, Certainty, Autonomy, Relatedness, Fairness) and how it relates to juries; how to turn a jury from an unformed group to a functioning faction; how to introduce jurors to each other using just your eyes; issues vs. relationships; the two buckets EVERY communication fits into and how knowing which one you are presenting can give you permission from a juror; things that lawyers do that hurt their cases; and so much more. This is absolutely an episode every lawyer who speaks or moves in the courtroom needs to listen to.

Sari speaks to audiences of a few dozen people to audiences of over a thousand. A sought-after keynote speaker, Sari is often asked to headline conferences across the United States. Sari also works with high-profile speakers in her Portland office, helping them to hone their messaging and fine-tune their nonverbal delivery.

Sari has spoken for, and works with, several members of the Inner Circle of Advocates, an invitation-only group consisting of the top 100 trial attorneys in the United States. She’s a featured columnist for Oregon Trial Lawyer’s Magazine, Sidebar, and has also written for Washington State Association of Justice, Oregon Criminal Defense Attorney, and other legal publications. She provides CLE’s for various state association of justices around the country. Because of her unique ability to help attorneys communicate their real selves, she has been dubbed “The Attorney Whisperer.”

“For more information on Sari de la Motte you can visit http://www.saridlm.com/

The 7 Habits of Highly Effective People by Stephen Covey