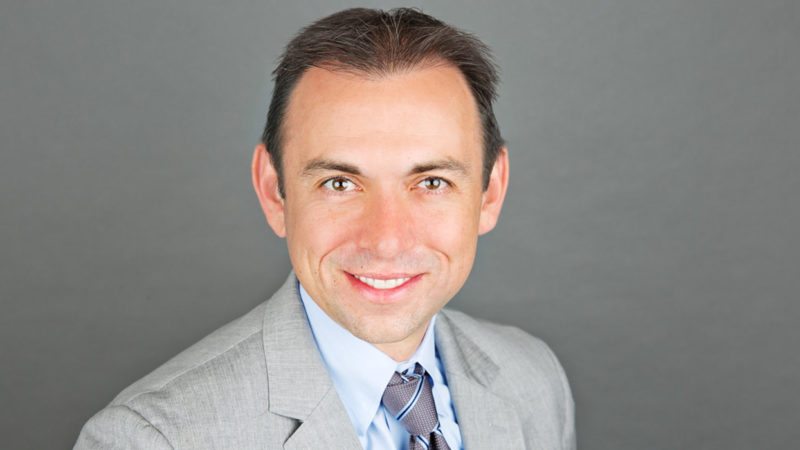 In this Trial Lawyer Nation podcast, Michael Cowen sits down with an accomplished trial attorney, Jack Zinda, for an inside look at his bustling personal injury law practice. Built from the ground up in a county where seemingly no one wanted to start a law office because the juries are so conservative, Jack has built his practice up to include 3 offices with 63 people on his team, 23 of which are lawyers.

Jack’s humble beginnings working in his father’s restaurant washing dishes and waiting tables, contributed to him becoming a great trial lawyer by teaching him to learn how to talk to people, which he says was “great training.” Michael admits that he actually looks for “waiting tables” on the resumes of his potential lawyers as he understands that such experience comes with being able to deal with people, even when they are being unreasonable, among other reasons.

As they dig in deeper to Jack’s practice, he directly correlates the growth of business to an exercise he did after reading the book “The E Myth” where he laid out a plan for where he wanted his firm to be in the future and worked backward from there in order to develop a plan of action. He also made sure to account for his core values and not giving up practicing law seeing as one of his top motivators for getting into Personal Injury law was to help people, and he never wanted to lose that. Michael and Jack also talk through their views regarding the use of consultants and how egos sometimes get in the way of success in this industry. Jack makes it extremely clear that “none of what [he’s] done is original” and that he’s simply taken what he has learned from others and built upon it to become successful. It also, from Jack’s perspective, comes down to the systems that get put in place and following them consistently; an example being that each lawyer in his firm is highly encouraged to attend two networking events per week in order to continue to build relationships.

As Jack reflects on the continued growth of his practice over the years, one of the most important decisions he discovered was who he hired to work at his firm. To prove his point, he describes the scenario where if you hire the most brilliant and amazing people to work for you in every aspect of your business and you have poor systems in place, chances are that you will likely still be successful. Whereas, even if you have the most robust and well-oiled systems in place, if you hire people who are unmotivated and don’t want to work hard, you are likely to fail. He goes on to say that even experience can be overrated when looking to hire someone. At the core, when looking to add people to your organization, people need to be hungry and driven, they need to be smart and organized, and they need to be hard working. Michael and Jack also talk through their hiring processes to get the “right people” into their firm. Surprisingly, the interview has very little to do with it and sometimes… neither does a candidate’s aspirations of working with your firm!

The conversation shifts to internal systems where Jack has gone so far as to hire a developer to create their case management system to his specifications. And not only has he found it to be a great way to customize his practice to run the way he wants it to but also works as a great training tool for everyone in his firm, even the most seasoned attorneys. Jack points out that even the simplest of things go into the firm’s checklists and procedures such as “read the local rules,” which, as easy as that might sound, he points out that it can be vital when working in as many jurisdictions as his firm does. Jack has also raised the bar on training and development within his firm by creating a position that solely focuses on it. Listening to Jack’s description of how he came up with and implemented this position is likely to deliver shock and awe to anyone who runs a firm, as it did for Michael during this podcast.

Michael wraps up the podcast with the question that is likely on everyone’s mind – How much of a “life” do you get to have, running a firm of this size and as successful as yours? Jack boils it down to really deciding what success means to you, first and foremost. What do you want to get out of the practice (note the sentiment of beginning with the end in mind)?  Jack explains that he sets hard and fast rules on family time and personal time and has become VERY intentional about it, down to the alarm on his phone that goes off at 6 pm that reminds him to “go home.” Michael points out that there is also a difference between being in the room with your kids and being present with your kids. Jack goes on to describe how he turns off his phone when he gets home and puts it in a drawer, making it harder for him to somehow “find” it back in his hands, IE: working when he shouldn’t. “Willpower is overrated. I think you’ve got to set yourself up for success by setting the atmosphere to do what you want to do in order to be successful,” which is certainly a great mantra for us all to take away from this conversation with Jack.

Jack has served as lead attorney on a wide range of complex catastrophic injury cases across the United States, including:

As a trial attorney, Jack takes tremendous pride in giving a voice to individuals and families who need help battling Fortune 500 companies and large insurance conglomerates. His firm balances aggression with a strategy to maximize the outcome for clients, and every case is handled with a focus on getting ready for trial. He also knows the importance of communicating with his clients and ensures that they are part of the process. He is dedicated to always putting the needs of his clients first.

A native Texan, Jack graduated with a bachelor’s degree in business and political science from Southwestern University, where he distinguished himself as president of the Interfraternal Council and as a member of the Student Congress, the Student Judiciary, Phi Delta Theta, and the Pirates basketball team.

Jack went on to earn his Juris Doctorate from the prestigious Baylor University School of Law, which is perennially ranked as one of the top law schools for trial advocacy in the nation by U.S. News & World Report. While there, he was one of the finalists in the Bob and Karen Wortham Practice Court Competition.

Over the years, Jack has earned a reputation as a thought leader in the legal industry, and he has been featured as a speaker for numerous groups across the country, including the Brain Injury Association of Texas, the Williamson County Bar Association, and Mothers Against Drunk Driving.