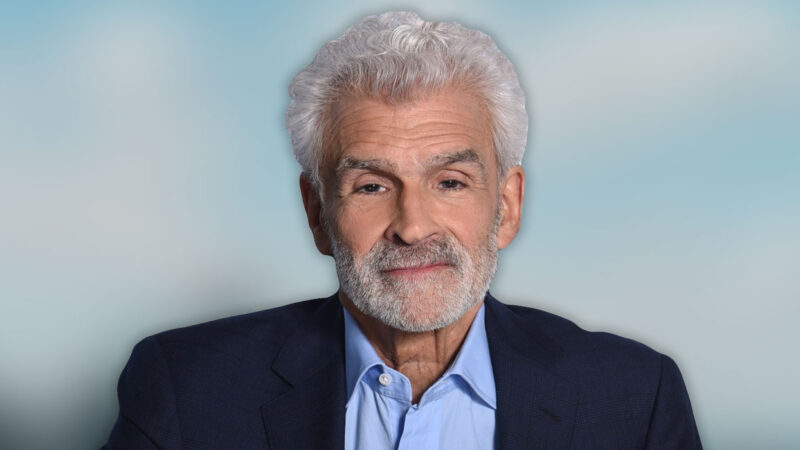 In this episode of the Trial Lawyer Nation podcast, Michael sits down with legendary trial lawyer Benedict Morelli. With several 8 and 9-figure verdicts under his belt from a wide range of civil litigation areas, Ben’s track record as an attorney and advocate is known across the country, from suing Bill O’Reilly for sexual harassment and representing Tracy Morgan in his trucking case against Walmart. He and Michael discuss Ben’s story and path to success, a number of his high-profile cases, how he connects with the jury, and so much more.

Ben’s legal career started over four years before he passed his bar exam, while he was working at a law firm in an administrative role. There, he had the opportunity sit in on several jury trials and jury selections. Because of this, he had a head start in figuring out what strategies worked for him, namely authenticity in front of the jury. He continues to hone his craft today by researching other cases and their results. Interestingly, he doesn’t focus so much on the amount the jury awarded. Instead, he digs deeper into the facts of the case to analyze how great the verdict really was and encourages his team of young lawyers to do the same.

After Ben explains that he simply refuses to play by the insurance’s rules of offering about half of what you ask for, Michael digs deeper into where Ben gets his courtroom confidence from. Ben uses something he calls “Ben Morelli’s personal moot court” and seeks feedback from his friends and family. He also references Tracy Morgan’s trucking case against Walmart, eloquently stating “When I have a royal flush, I don’t play it as a pair of two’s.” If you have a strong case in a good venue, have the guts to stick to your number while also analyzing the risk vs. the reward.

Ben is now at the point in his career where his reputation precedes him, and he shares a SHOCKING story from his case against Live Nation where it worked to his advantage.

Michael then digs in to one of Ben’s biggest strengths, how skilled he is at connecting with the jury. His short answer is, “I am them. I’m exactly them.” He grew up like most of them, doesn’t talk down to them, and ALWAYS tells them the truth. He also NEVER uses jury consultants or a mock jury, which is in stark contrast with how many of our previous guests choose a jury. Instead, he goes into voir dire with no bag, paper, or even a pen and ALWAYS sticks to his theory. He insists that his own instincts and knowledge have served him better over the years, and that “When I bet on the jury, I win.” While a unique approach, this technique has served him so well that he’s been told my numerous judges that he won the case in jury selection. He concludes this topi by clarifying that the most important thing is that you stick to who you are, and find what techniques work for you instead of “drinking the Kool-Aid.”

Ben is also unique by today’s standards because instead of specializing his practice, he takes on a wide variety of cases in different practice areas. His philosophy on this is that if it’s a civil case, he can learn it. He also genuinely enjoys the challenge and takes a lot of pride in the diversity of his practice, something he urges other lawyers to consider before they specialize.

Michael then asks Ben how he motivates and educates his large team of young lawyers.  Ben describes his daily meetings with his lawyers and also with his staff. “I’m never too important,” he continues. Every attorney in the firm knows he will personally read every single thing they write. Michael agrees with this philosophy, and he and Ben discuss why it’s so imperative to stay involved in the litigation aspect of your firm, even after you’ve built up a great team.

The pair ends the episode by discussing two of Ben’s star-studded cases – Tracy Morgan’s trucking case against Walmart and suing Bill O’Reilly for sexual harassment. After sharing what it was like to represent a celebrity of Tracy Morgan’s caliber, he explains how suing Bill O’Reilly was one of the most nerve-wracking cases he’s ever had. They went after Ben, his wife, and his practice “with a vengeance.” The details of this story are shocking and Ben’s decision to stick with the case is truly inspiring.

This podcast also covers individual case lawyers vs. mass tort case lawyers, how Ben orders his witnesses (and why it’s SO important), how to internalize what your client’s been through, the power that plaintiff’s attorneys have, Ben’s record-breaking sexual harassment suit verdict, why Ben chose not to specialize his practice, and so much more. This episode is full of insightful and inspiring stories that are well worth the listen!

Benedict Morelli is one of the most successful plaintiff attorneys in the country, securing numerous multimillion-dollar results, including a $95M verdict in a sexual harassment case and a $102M verdict against Live Nation. He also helped negotiate a $265M settlement – the largest settlement for a passenger railroad accident in US history – for victims of the 2015 Amtrak train derailment. Mr. Morelli and his firm often litigate high-profile cases, including representing comedian Tracy Morgan in his lawsuit against Walmart and being one of the first to successfully sue Bill O’Reilly and Fox News for sexual harassment. He has deep experience in a variety of civil matters, including personal injury, truck and auto accidents, employment discrimination, medical malpractice, and product liability.