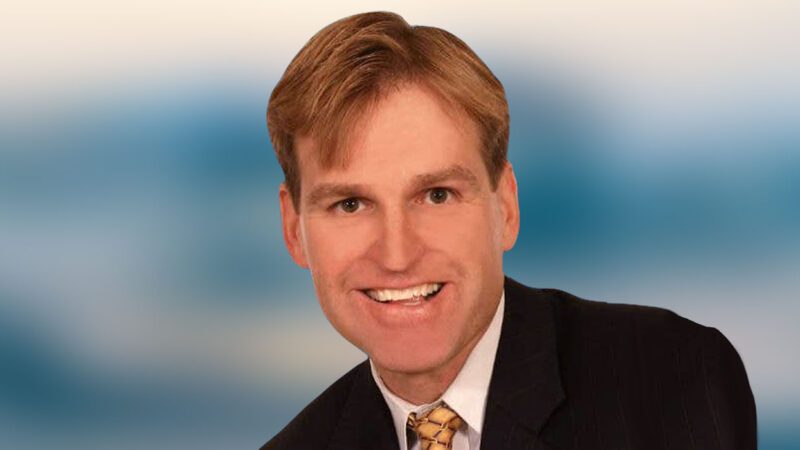 In this episode of the Trial Lawyer Nation podcast, Michael sits down with accomplished author and New York trial attorney, John Fisher. He and Michael discuss everything from developing real core values and living by them to techniques and practices to better connect with jurors.

Michael and John begin the episode by delving into John’s past and how we became the man he is today. After graduating from law school and facing the inevitable question of “what now?” John was approached by a 30-year-old man who told his story of being “horribly brain-damaged in a bus wreck;” an apparently problematic case that lawyers wouldn’t go near. Thus began John’s interest in personal injury law.

This case would go on to trial, settle for an admittedly “not good amount” after a week of trial, but would serve an even grander purpose of selling John on pursuing this path.

“This is what I wanted to do with the rest of my life, which was not personal injury law; it was serving the most severely disabled people and having a profound impact in their lives.” – John Fisher

After discussing another of John’s previous cases, his criteria for accepting cases, and why he loves having a small caseload (28 active files at the time of recording), Michael asks John how he’s able to sustain his business model with only big damage cases. John responds by saying that they don’t just turn away small or moderate cases, they just don’t handle them; opting instead to refer them out to other attorneys and split the fees. John prefers it this way so that the smaller cases don’t take away from the catastrophic injury cases, which require much more time and attention. That being said, there are some exceptions to this rule.

John goes on to explain that, keeping in line with the mission and core values of his firm, he does accept smaller cases on occasion simply because “it’s the right thing to do.” He believes that practicing law goes beyond compensation for injuries (calling that a “small part of what we do”) and is about improving the quality of care for others in the future.

“I got money for people, but is that what the practice of law is really about?” – John Fisher

Following Michael and John’s agreement that it’s much more powerful to affect changes than to focus solely on the money, Michael follows up on the core values of John’s firm and asks him to elaborate on them. John outlines his firms core values as follows:

After sharing his own firm’s core values, Michael admires John’s concrete goals in regards to the dates he sets to have a certain number of referral attorneys. When asked where he got the idea for that, John eagerly reorients his camera to show the large gong situated in his office. After explaining the ritual of ringing the gong when his firm attains a new referral attorney, he begins to talk about the “epiphany” he had as a young lawyer.

“My clients [are] not injury victims. My clients are attorneys who can send us a steady stream of cases.” – John Fisher

Michael then redirects the conversation back to John’s core values, explaining that they fascinate him and asking how John came up with them. “There’s a critical difference between aspirational values, meaning what we think we should be doing, and real values which is what are you currently doing.” John explains this premise further by talking about the aspirational values his firm adopted (such as “we treat our clients like family”) and how those were changed completely with his new philosophy.

After further elaborating on his core values and the importance of your team embodying your firm’s values, John goes on to explain the importance of mastering the business of law; a subject that led to the creation of his both of his books: The Power of a System and The Law Firm of Your Dreams. (Note: While both books are available on Amazon, John asks that you message or call him personally, and he will send you a signed copy of either or both books! You can email him at jfisherlawyer@gmail.com or call his cell at 518-265-9131.)

“When you give away everything you that know… it comes back to you in spades.” – John Fisher

Following a brief discussion on the importance of absorbing knowledge from “masterminds,” Michael shifts the conversation to an equally important element for success: mindset. Similar to several topics discussed in Ep 86, John highlights the process of changing your mindset (or “Challenging your Paradigm,” as Joe Fried would put it) when it comes to the cases you accept, why you feel that you should accept them and how that may be wrong.

The conversation topic then shifts from Michael and John sharing their methods for dealing with and moving on from a loss, settlements and moving cases to trial, how they prepare for a trial in the weeks before, the importance of collaborating with fellow attorneys, and John’s MasterMind Experience.

“When you stand up in front of the jury for the first time, what is the most important thing you can do? Screw your notes, throw [them] in the garbage can and bond with the jury.” – John Fisher

John concludes the episode in spectacular fashion by not only giving his contact information, but also giving our listeners access to all of his firm’s policies and procedures via Fisherpedia.com!

If you’d like to contact John Fisher you can email him at jfisherlawyer@gmail.com or call his cell at 518-265-9131.

John Fisher is the owner and founder of John H. Fisher, P.C., where he limits his practice to catastrophic injury law for injury victims in New York State.  Over the last 20 years, John’s practice has been limited to the representation of catastrophically injured persons.

John has been cited as a legal expert on numerous occasions by TRIAL magazine of the American Association for Justice and the New York Law Journal, and he speaks frequently for the New York State Bar Association, The National Trial Lawyers, PILMMA, Great Legal Marketing, and county and regional bar associations concerning law practice management, internet marketing for lawyers, referral-based marketing and trial skills.