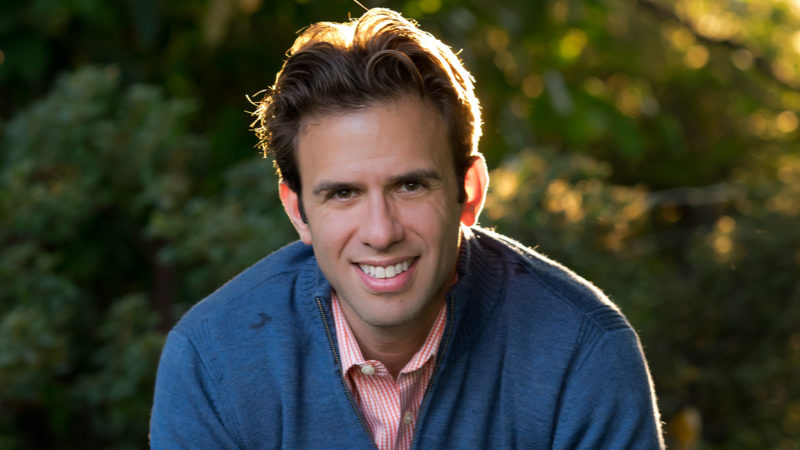 In this Trial Lawyer Nation podcast, Michael Cowen sits down with attorney and founder of Copo Strategies, Wayne Pollock, for an in-depth discussion on the court of public opinion [copo] and how it can affect your clients, cases, firm, and reputation.

Having graduated college and working in public relations for a PR firm for about four years, he was introduced to the legal world through one of his clients at the time, Fox Rothschild, now an AM Law 100 law firm, which inspired Wayne to go to law school. Graduating law school from Georgetown University, he went to work at a big law firm for six and a half years as a litigation associate while he never stopped liking public relations. Wayne describes himself as an attorney focused on the court of public opinion, which really means he helps other attorneys and their clients, ethically, strategically, and proactively engage public opinion in order to help those clients resolve their cases favorably. Wayne does this work to help the attorneys build their practices, he also goes in as a consultant to law firms, and other times as limited scope co-counsel to the actual clients. Overall, his goal is to help clients resolve their cases favorably through the media and through outreach to the public, essentially blending media strategies with legal strategies, and ethical compliance with defamation avoidance.

Wayne describes the launch of this offering from his firm, mainly because he didn’t see this kind of fixture being offered to attorneys and clients. Often, he describes seeing, attorneys and clients who are talking to the media in connection with active litigation, but they didn’t seem to have a strategy. They don’t seem to be thinking about what’s happening in court when they’re saying things publicly. They certainly aren’t always thinking about the ethics. And he’s also seen plenty of press releases where the PR firm or the law firm is clearly defaming the other side. So, he took that need in the market and thought his services could be used in a different way, thereby launching his firm a couple of years ago, to do just that.

When it comes to being in the media, Wayne admits it’s daunting for many attorneys, mostly because unlike a normal litigation practice, there are no rules. There are literally no rules of evidence, no rules of procedure, and it’s somewhat of an “every person for themselves” type environment, and that’s difficult for attorneys to get used to. He points out there are obviously ethical rules and defamation rules, but in terms of how you engage with the media and what you say, there’s really no set core set of practices that are established. Regardless, Wayne still encourages his clients, and their end clients, to always be thinking about the court of public opinion and engage it head on as a part of their legal toolkit, because often times, they find that what happens in the court of public opinion impacts what happens in the court of law in this era of social media, online news, and the viralness of both. From Michael’s previous experience, he’s also found competing mindsets of the ego of wanting to be on TV and wanting to be quoted, pitted against the fear of not wanting to cause harm to anyone, especially his clients. Wayne goes on to discuss the privilege issue and how it is a huge problem when law firms hire outside PR firms. He explains it all in detail, but once he realized that he could help get around the privilege issue by serving as an attorney, the light bulb went off and he said to himself, “I guess I’m just going to have to do this myself.”

Wayne defines the “court of public opinion” as people who are not parties to a legal dispute, but whose perceptions of the dispute could impact how the dispute is resolved and how the litigant’s reputation or prosperity could be affected. He goes on to describe the many different types of pools of people who can be affected by the court of public opinion, as well as organizations who stand for the same kind of qualities a client, or their case, do which can help bolster a case by piggybacking on the case and drawing more attention to it. Wayne also describes the effects of the ripple far and wide when information is spread in the court of public opinion, whether it is compelling others to call in with crucial evidence or even developing additional suits with others who have experienced the same thing being tried in a current case, all of which adds to the snowball effect that is created. He’s even had judges tell him they will dot their i’s and cross their t’s that much more closely when they know they’re involved in a high-profile case because they know more eyeballs are on them. And he adds exactly how plaintiff attorneys can use the court of public opinion to their advantage to fight the David v. Goliath fight against the big law firms hired to represent defendants.

From a marketing perspective, Wayne talks about how being seen in public media outlets can give an attorney instant social proof of the work you’re doing, by literally seeing you in action. “It’s not just you sending a press release or someone visiting a website. They see you quoted in an article, they see you being an advocate for a client, and they think to themselves, wow, he/she really knows what they are doing. Maybe I should contact them. That’s a lot different than just Googling ‘trucking attorney in Texas’ and hoping that somehow they get to you.”

Michael and Wayne explore a myriad of topics surrounding the court of public opinion throughout this episode, including: the ethics surrounding being in the media and the change of societal narratives and perceptions; anchoring – a tactic rooted in psychology and persuasion; the rules of professional conduct when engaging with the media; getting consent from a client, especially with the understanding that there are many mean-spirited people in the world who are ready to say bad things; core factors to consider when determining if a case is newsworthy and how to frame cases to be “sexier” in the eyes of the media; and so much more. This episode is one to listen to several times for attorneys who are thrust into the spotlight feeling unprepared, as well as for attorneys with cases that could have greater potential through exposure from the court of public opinion.

Wayne founded Copo Strategies in 2016 after spending over a decade achieving favorable legal and public relations results for his clients.

Prior to starting Copo, Wayne was a litigator at Dechert LLP, one of the largest and most prominent law firms in the world, with more than 900 attorneys worldwide, and more than $1 billion in annual revenues. In his more than six years at the firm, he obtained favorable outcomes for clients by analyzing and presenting complex legal and factual issues. While at the firm, Wayne worked on high-stakes, high-profile matters that were often reported on by local, national, and international media outlets. For example, he was on the Dechert team that represented the ten former independent directors of Lehman Brothers in the wave of investigations and litigation triggered by Lehman’s September 2008 collapse. He was also on the team that represented Takata, a leading automotive parts manufacturer, in litigation and regulatory investigations related to the company’s recall of tens of millions of potentially defective airbags. And, Wayne was on the team that represented the Marshall family in litigation against Vickie Lynn Marshall (a.k.a. Anna Nicole Smith).

Before law school, Wayne practiced public relations at The Star Group, a one-time Advertising Age “Top 100” marketing communications firm. In his four years at the firm, he developed and executed public relations and marketing initiatives on behalf of regional, national, and international clients. While at Star, Wayne cultivated relationships with journalists and secured dozens of placements for clients in national and regional media outlets including USA Today and The Wall Street Journal, regional television network affiliates, and national trade media outlets.

Wayne resides in Center City Philadelphia. If you keep an eye out, you might find him running on one of Philadelphia’s numerous running trails, desperately trying to keep Father Time away from his knees.