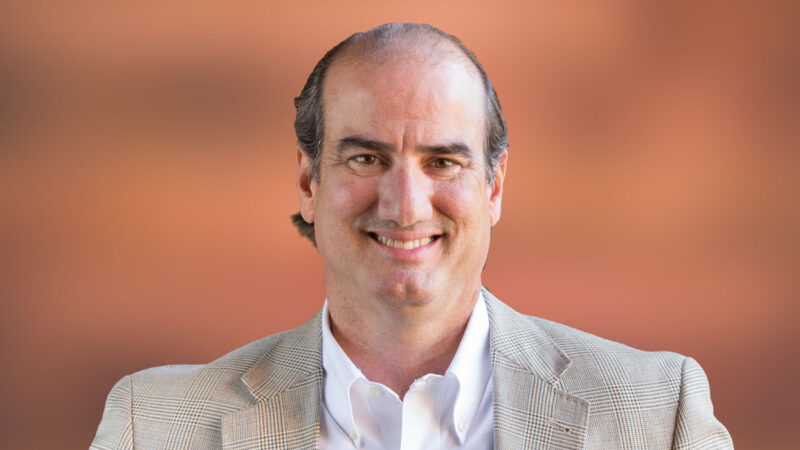 In this episode of the Trial Lawyer Nation podcast, Michael Cowen sits down with McAllen, TX trial attorney, Michael M. Guerra, to discuss his multiple 7 and 8-figure verdicts & settlements, recent “monster” settlement in a “legally tough case,” and advice on how to achieve verdicts like these in your cases.

Cowen and Guerra begin the episode by discussing Guerra’s background and how he got into doing plaintiff’s work. Guerra begins by explaining that he had an Allstate defense firm job waiting for him after law school and was “quickly terminated,” citing that his heart was not in it. Seeing as he was married right before starting law school, had a baby on the way and a mortgage to pay, he quickly took a job as a court-appointed lawyer; a position leading him to over 100 jury verdicts.

In 1995, Guerra was appointed Guardian Ad Litem in a death case in Plainview, TX, where he would meet Mikal Watts. This meeting would ultimately lead to Guerra opening Watts’s McAllen office, where we would work alongside Watts before going off on his own.

“Pushing trials and then just going in there and watching good defense lawyers do what they did. I learned a lot [from them].” – Michael M. Guerra

Guerra then goes into a harrowing story of a case he took on just after going off on his own; a case involving the death of his friend’s father, a high-ranking Sergeant Major in the Army who was killed after his RV exploded when he lit his morning cigarette. The explosion was due to a gas leak in the RV trailer.

Guerra began the case by enlisting the help of several experts; namely Mike Schultz (Illinois) to look at the trailer and Tim Dunn (Georgia) to investigate the gas system. Shortly after beginning the case, a call from a Sheriff’s deputy would change everything for Mike. “He [said], ‘Hey, Guerra, I’ve got to tell you. When we got into the trailer…we found the [gas] burner in the ON position.’” Understanding that the Sergeant Major had most likely left the stove on by accident, Mike’s original thought of a defect or leak causing the explosion was called into question. He couldn’t believe it.

Continuing past this unfortunate revelation, Mike began researching the trailer and oven manufacturers and came upon an interesting, and ultimately crucial, piece of information: the company sold the exact same trailer in Australia with one key difference, their stoves contained a “flame failure device.” This device, which automatically shuts off the gas once the flame goes out, was absent from American models of this trailer; a safety feature that would’ve cost the company only 99 cents per burner to install.

The case was settled a week into trial for an amazing result and, more importantly, saw the trailer manufacturer agree to include the “flame failure device” safety feature in all future models.

The two then move on to discussing Guerra’s latest case out of the Port of Brownsville; a case involving “ship breaking,” the process of dismantling a ship to reuse parts or extract materials, a flash fire, and 2 men who suffered significant burns (one who was burned on over 80% of his body and passed away).

After discussing details of the case including the ship owner filing a Limitation of Liability Act, getting removed to federal court, and then returning to state court, the two begin to discuss Guerra’s invaluable 2-day, 36-person mock trial, which gave him the confidence to ask for huge numbers ($250-$300 million) in voir dire; a task that, Guerra confessed, scared him.

“It took a lot, for me personally, to [ask] for that kind of money; knowing people would throw hand grenades at me.” – Michael M. Guerra

When everything was said and done, calmed and confident from his meditations, prayers, and with some last-minute motivation from a Nick Rowley CD in his car on the morning of trial, Guerra couldn’t wait to get started. The jury was selected on Friday, presenting evidence was scheduled to begin on Monday, yet they would not have a chance to begin, as the case was settled on Saturday evening.

Cowen then shifts the conversation to what Guerra did to pressure the defense in the case. Guerra responds, “most jurisdictions from coast to coast have laws that create a duty for insurance carriers to use good faith when settling cases. In Texas, we call it the Stower’s Doctrine, which says that if an insurance company refuses to settle a case, that reasonably should have been settled within policy limits, the insurer can sue that carrier and they can be on the hook for the entire amount of verdict even above their policy limits.”

Guerra closes the discussion by talking about how he hired several different policy lawyers, including coverage lawyers specializing in reading insurance contracts, to help draft a demand to the carrier. “That really paid off in the end,” he says as he reflects on the impact of hiring those lawyers, including a quick note on the defense commenting on how expertly done the demands had been.

This podcast episode also covers the importance of working with and learning from great lawyers, advice for handling “monster” cases, why you should give your cell phone number to everyone, and much more.

Michael M. Guerra was born and raised in McAllen, Texas. He received a Bachelor of Science degree from Texas A&M University in College Station and a law degree from Texas Southern University in Houston. While at A&M, he was a member of the Corps of Cadets. In law school, Mr. Guerra was an American Jurisprudence Award recipient in Constitutional law. Mr. Guerra has been licensed to practice law since 1993. He is certified by the Texas Board of Legal Specialization in Personal Injury Trial Law and has served as a member of the Exam Commission. Mr. Guerra began his career by successfully trying dozens of criminal trials to jury verdict. He transitioned his practice to representing plaintiffs in civil litigation, including representing hundreds of landowners in an aquifer contamination case and representing the Plaintiffs in America’s first Ford Explorer – Firestone tire case to reach a jury. Since then, his efforts have been instrumental in compelling safety improvements in product manufacturing and premises management. Over his almost 30 year career, Mr. Guerra has generated hundreds of millions of dollars in recoveries for his deserving clients. His efforts have achieved astonishing results, including a $33 million injury verdict which was the record verdict in Texas for a case of its type, as well as multiple settlements of more than $20 million.

Mr. Guerra has been featured as a speaker in numerous civil litigation seminars and his articles have been featured in national publications. His cases have been profiled by, or he has been quoted by numerous major news organizations such as the New York Times, the Los Angeles Times, CNN, and Fox News.

Mr. Guerra is a fellow in the International Academy of Trial Lawyers and a member of the American Board of Trial Advocates (ABOTA,) as well as the Attorney Information Exchange Group (AIEG). He has been named Texas Monthly – Texas Super Lawyer in multiple and consecutive years and he was named to The National Trial Lawyers – Top 100 Trial lawyers. Mr. Guerra is on the Advisory Board of the Texas Agriculture Lifetime Leadership (TALL) program and is on the Advisory Board of the McAllen Pregnancy Center. He is also a member of the President’s Board of Visitors for the Cadet Corps at Texas A&M University. Mr. Guerra was selected as the 2018 Ronald D. Secrest Outstanding Trial Lawyer Award recipient by The Texas Bar Foundation. The award recognizes a trial lawyer who, in his or her practice, has demonstrated high ethical and moral standards and has demonstrated exceptional professional conduct, thus enhancing the image of the trial lawyer.

Michael Guerra is married to Mindy Guerra and has three children.