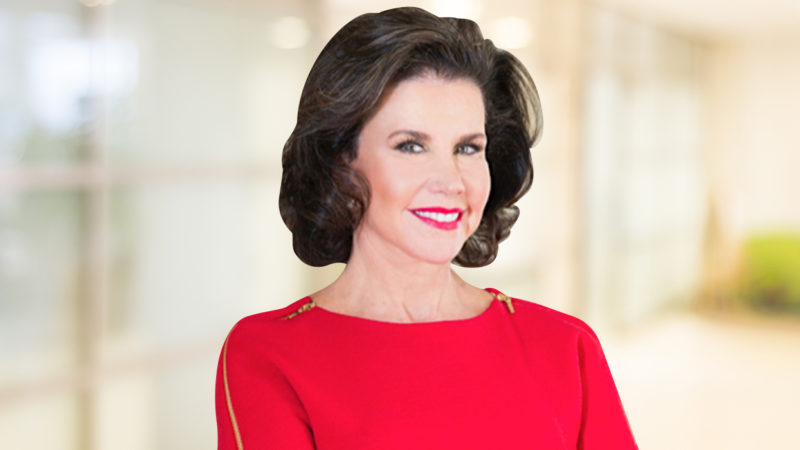 In this Trial Lawyer Nation podcast, Michael Cowen sits down with a legendary trial attorney, Lisa Blue of Baron and Blue.

Lisa’s credentials go on for miles with over $350 million in jury verdicts and an equally impressively long list of hundreds of millions of dollars in settlements; as well as being seen as the national authority on jury selection having written multiple books on the matter and being brought in on mega-cases all around the country. It becomes clear very quickly in her conversation with Michael, that she has put her two master’s degrees and Ph.D. in psychology to great use within the legal field as she recounts her early days in private psychology practice and how she originally became interested in law and becoming a lawyer.

Thinking back to her first time in court, her description of the “warm” welcome she got sounded more like jury selection by fire! Fortunately, for her and all of us listening, that experience only fueled her passion for the business and instilled to her how much she loved it, further driving her to continue in this line of work. Lisa goes on to talk about her experiences working for Henry Wade (yes, of Roe vs Wade) and pulls back the curtain on a lunch conversation she had with him, revealing what he said which ultimately led to her pursuing a career as a lawyer. Lisa’s perspective on specializing was also instilled in her early on in her legal career and has since then only strengthened her position in the industry.

Michael digs in a little deeper with Lisa regarding the advantageousness of using her background in psychology when talking to clients and is surprised at the commonality that she points out between jury selection and a therapy session. The details Lisa explains about the similarities are profound in theory and yet seemingly approachable in practice. The overall voir dire in both is very noticeable the way she describes it.  Lisa continues throughout her conversation with Michael to deliver powerful tips on jury selection, mindfulness, and success while also acknowledging how the changing political climate has also affected the courtroom.

This incredible podcast concludes with Lisa’s outlook on some of the greatest things you can do to grow as a lawyer and even just as individuals in general, each of which truly applies to all of us regardless of years in the industry or specialty. Truly an inspirational icon in the industry and time extremely well spent learning from her.

After completing law school, Ms. Blue joined the Dallas County District Attorney’s office where she prosecuted more than 125 cases to verdict and later advanced to the DA’s Organized Crime Division. In 1985, she moved to the law firm Baron & Budd where she specialized in environmental and toxic tort law. Lisa and her husband, Fred Baron, supervised 800+ employees and managed all financial aspects at Baron & Budd, the largest environmental law firm in the United States.

Ms. Blue’s accomplishments in trial courts nationwide have been widely recognized, including being named one of the Top 50 Women Litigators in the U.S. by the National Law Journal, Trial Lawyer of the Year by the Texas Chapter of the American Board of Trial Advocates, as well as receiving the Honorary Barrister Award from the University of Texas Law School and the Distinguished Alumni Award from South Texas College of Law. Blue was named Trial Lawyer of the Year in 2006 by the Dallas Bar Association. In 2007, she received the Louise Raggio Women’s Legal Advocate Award from Legal Aid of Northwest Texas and was awarded the Ronald D. Secrest Outstanding Trial Lawyer Award from the Texas Bar Foundation in 2008. Ms. Blue was honored to accept the 2009 Rayburn Johnson Award posthumously on behalf of her husband, Fred Baron. In July 2009 Ms. Blue received Speaker Nancy Pelosi’s “Know Your Power” Award. Selected to the 2014 Texas Lawyers List, an honor reserved for lawyers who exhibit excellence in practice. DMagazine elected her Best Lawyer in Dallas 2014 in Tort Product & Medical Liability Litigation. In April of 2015, Lisa was inducted into the Trial Lawyer Hall of Fame.

Lisa’s new quest is campaigning and running for The State Bar of Texas President-Elect for 2019.

In addition to her legal practice, Ms. Blue maintains a private consultancy as a forensic psychologist and is a nationally renowned expert in jury selection. With her unique background, Blue has been a commentator for several high-profile trials covered by Court TV and has co-authored numerous articles on jury selection.