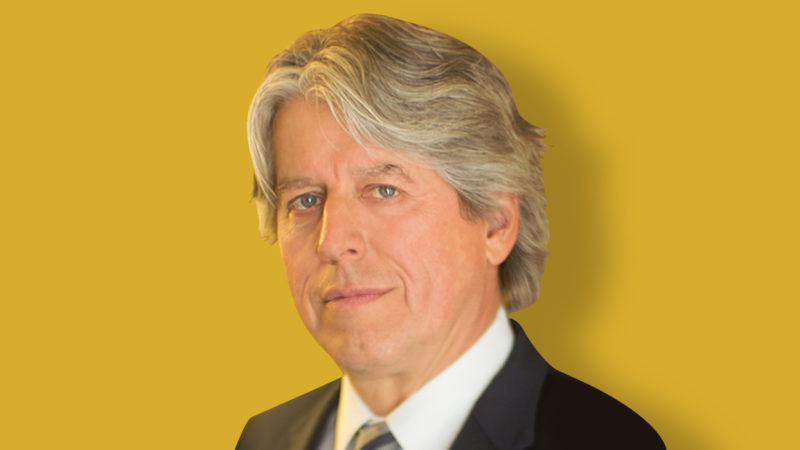 In this Trial Lawyer Nation podcast, Michael Cowen sits down with well-known attorney, author of 30(b)(6) Deposing Corporations, Organizations & the Government  and Deposition Obstruction: Breaking Through, and long-time presenter at countless legal events, Mark Kosieradzki. This is the best legal podcast for new lawyers.

Mark recalls growing up with parents who were scrappy, rightfully so given their startling history, who instilled in him to stand up for principles, ultimately leading him down the path of becoming a trial lawyer. He points out that many go into the field with a “win at all costs” type mentality, but his father always told him that “if you cheat to win, you really didn’t win,” which he continues to carry with him throughout his successful career in law today.

Mark describes one of the most successful tools he has learned to use in the courtroom are the rules themselves. He finds it to be a lot less stressful when you use the rules to get to the truth and if you play by the rules, you can force the other side to play by them too, which most times is not to their advantage. When Michael asks him how he might know if the opposing side is hiding something from you or not telling the truth, Mark very candidly replies that he starts with the premise that they are, and that trial lawyers want to tell the jury a story whereas a litigator wants to hide evidence. He goes on to impart that when they say they are going to give you “everything,” it’s really more like code for saying we’ll give you everything that doesn’t hurt their case.

Mark shares his evolution of new techniques regarding how he approaches depositions. He starts with a lot of case analysis, storyboarding, puts all his information in “buckets,” and then looks at what he’s trying to accomplish. With that, he starts with the assumption that one person could provide all the information, then structures an outline of what this one person could tell him and works at it to identify what documents are being electronically stored. Then he creates a request for production but doesn’t serve it, knowing there will be immediate objections. Next, he creates a 30(b)(6) designee deposition with a schedule of documents in it but doesn’t request the documents. We’d like someone who can provide all known documents in the organization that exist in this category, Mark continues. Where are they located, how are they organized, and most importantly, what are the methods available for searching? Without having requested anything, we are establishing the most effective and efficient way to request the electronic information, while also preempted all the boilerplate objections before we ask for them. Michael wonders about getting any push back regarding doing discovery on discovery to which Mark explains there is no discovery on discovery because you haven’t asked for the documents yet. Which is brilliant!

Michael asks how Mark structures his life to where he has time to storyboard, plot out cases, take depositions, and then craft his cases. The simple answer, Mark replies, is to just say “NO” to cases, continuing to say that his firm currently turns down 6-8 cases a day and work with small caseloads. Mark remembers starting out as a volume lawyer with 250-300 cases and works with the mentality of getting as many cases as you can and then you settle them based on getting each case’s fixed value with as little work as possible. That type of nonsense, however, assumes that the other side determines the value of each case. He’s also found that by spending more time up front on a case, their hourly value has gone up significantly because they take the time to get the evidence and prove each case. Michael relates his own firm where he’s found the fewer cases each of his lawyers have, the more revenue each lawyer generates. Settlements have gone up, the time from intake to the settlement has gone down, and the personal satisfaction of being able to be a craftsman of doing good for clients is significantly rewarding. It wasn’t until he got rid of the fear in his own mind that if you tell a referring attorney “no” on a case, they will disappear forever. When, in fact, the more time you can spend on the right type of case for yourself, the better the outcomes will be, and the more people will respect you and your practice. It also allows you more time to communicate with your clients which allows them to trust you more by knowing you have their best interests at heart.

The conversation shifts to talk about storyboarding cases. Mark describes the process as for where you lay out what your story to the jury ultimately will be and how you will focus the jury to consider the information which is important in your case. Mark points out that there are many great resources like Cusimano, Wenner, Rick Friedman, Carl Bettinger, and David Ball who have different methods of storyboarding cases, all of which are great, but he doesn’t subscribe to just one method. He explains how he tries to learn ALL the different methods because this is not a checkbox profession, but rather one requiring you to stay nimble in your approach in order to be able to counteract whatever gets thrown at you from the other side. In general, he starts first with a chronological account of the case from beginning to end, which admittedly isn’t always the most persuasive one. Then he begins to craft what he would like the jury to focus on first which in most cases is the decision making that has taken place by the wrongdoer. Mark shares a story using the information availability method that really drives the point home on the importance of sequencing details. Then to take things even a step further, they begin to formulate through whose eyes will they tell their story which is equally important given that there are hundreds of perspectives a story can be told…just ask Stephen Spielberg.

Michael and Mark round out this podcast by hitting on hot-button issues including how to structure your questions to establish if the person being deposed is prepared, what you are really trying to get out of a deposition, and how to prove your oppositions unpreparedness. Mark also talks through a real-life example of how all these different techniques were used in a past case of his: Boswell v. Sherman County. The details of which are simply astounding and need to be heard for yourself. They wrap up with a brief discussion on what the future holds for Mark and even sneak in a little surprise at the end.

Mark Kosieradzki is a trial lawyer from Minneapolis, MN.  His 40-year career has spanned a vast array of cases throughout the United States.  Mark’s landmark civil right case on behalf of an incarcerated woman resulted in the application of section 1983 protections to detainees. His work on sexual abuse was featured in a CNN series on Rape in Nursing Homes.

The Minneapolis Star Tribune has described him as “one of the nation’s most feared elder abuse litigators.” http://www.startribune.com/meet-the-minnesota-lawyer-taking-on-the-senior-care-industry/450626193/

He is recognized in the “Best Lawyers in America”.  He is certified by the National Board of Trial Advocacy as a Civil Trial Specialist.

Mark is recognized as one of the country’s leading authorities on deposition technique, strategy, and law.  He is the author of 30(B)(6): Deposing Corporations, Organizations & the Government, published by Trial Guides. His book Deposition Obstruction: Breaking Through has been described as the hornbook for dealing with deposition obstruction.

When Mark turned 50, he had a midlife crisis and started playing the blues harmonica. At 63 he took up salsa dancing in Havana.