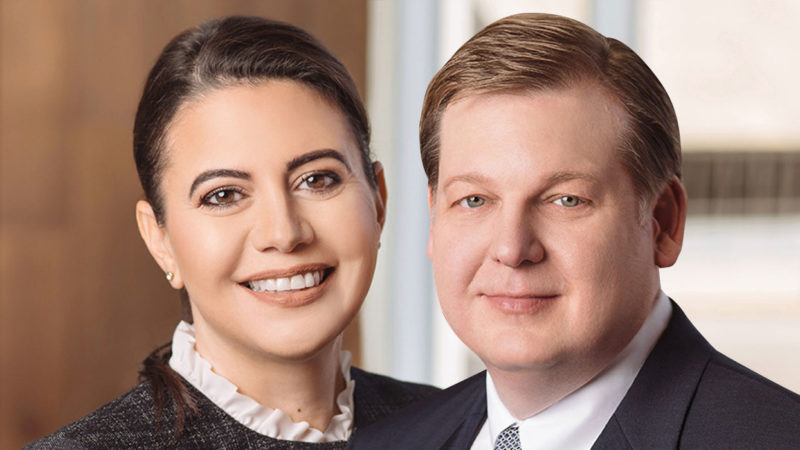 21 – Sonia Rodriguez – Winning (or Losing) a Case in Deposition

With overwhelmingly positive feedback from our listeners, TLN Table Talk podcast is back again! This time featuring fellow partner at Cowen | Rodriguez | Peacock, Sonia Rodriguez, for a discussion mainly focused on how to win (or lose) a case in a deposition.

Michael is quick to note that many cases tend to settle before going to trial, making depositions an integral part of the process. Oftentimes it comes down to knowing the documents better than the defense attorneys while also knowing the right documents to order, which in many cases the defense may not have. It can also come down to a witness’s ability to know and articulate the truth in a deposition, which is frequently a direct reflection on those who have helped to prepare the witness (defense or plaintiff).

So how do Michael and Sonia prepare for depositions? Sonia explains her strategy of always looking back on the jury charge to see what exactly she is trying to gain from a witness, scour the defense record from production to find nuggets of useful information, dig into the footnotes, fine print, and back of pages to find what others might miss. She has also found social media to be useful to learn as much as you can on the person being deposed including who their friends and other contacts are, companies they’ve worked for, and digging in to find info on company manuals or other ways to authenticate them as an authority coming from a witness. Michael, on the other hand, points out the importance of networking and collaborating with other plaintiff’s lawyers as “we’re good at getting things and sharing information” such as prior admissions, reports, or testimony. There’s likely nothing more embarrassing for a witness, especially paid ones than to be cross-examined with contradictory testimony they gave in the past. Sonia, who recently had a deposition with a defense doctor, shares how his past testimony was the exact opposite of what he was testifying to in her case, which obviously played to her favor.

When it comes to the right length of a deposition, Sonia shares her wish to someday be able to take a short depo, but currently has her attention to detail and thoroughness to “blame” for the style of her depositions, one which sometimes drives opposing counsel mad. She tends to feel unsatisfied leaving a depo if she hasn’t covered a lot of ground, knowing the jury will likely not hear most of it. She has also found that many times when she’s taking a deposition, she’s not just doing a trial depo of a witness, but also trying to prepare in advance for a summary judgment response and how they can also be helpful to lay the groundwork for what she might need from another witness. In contrast, Michael prides himself on short but thorough depositions stating how it really depends on the witness and subject matter. He also admits the danger of taking shorter depositions in relation to “having a beginner’s mind” vs. the “curse of knowledge” where you might already know something, the defense already knows it, and the defense witness knows it, but the jury does not, and could lead to talking over the jury with jargon they might not understand. Both agree 100% no matter how you approach a deposition, you need to be actively engaged in listening to the responses and not just running down questions on an outline where you would likely miss the truly important parts of what the witness is saying, or not saying, which could make your case.

The conversation shifts to a lively debate heard in many firms of weighing the idea of “going for the kill” in the deposition vs. saving things for trial when you know the witness will be there in person. With different experiences from both Sonia and Michael prior to them partnering, each brings a unique perspective to the table from their mentors as well as from their personal experiences. Of course, they agree these tactics both have their place, but Michael also brings up the point how oftentimes with expert witnesses, if they don’t know something at a deposition, they tend to come to trial more prepared with a response.

Michael and Sonia jam pack the second half of their discussion with everything from preparing their own clients for deposition, videotaping depositions, deposing the other side’s experts, guiding medical experts to slow down their testimony while not losing the jury with industry terminology, and exceptions to all of the above.

Trial Lawyer Nation plans to do more “Table Talks” in the future, as this podcast has always been about inclusive learning for all in our industry, which includes learning from each other! Please keep submitting your questions, comments, and topic suggestions to podcast@triallawyernation.com; and be sure to like, share, and subscribe to get the latest from the Trial Lawyer Nation podcast!