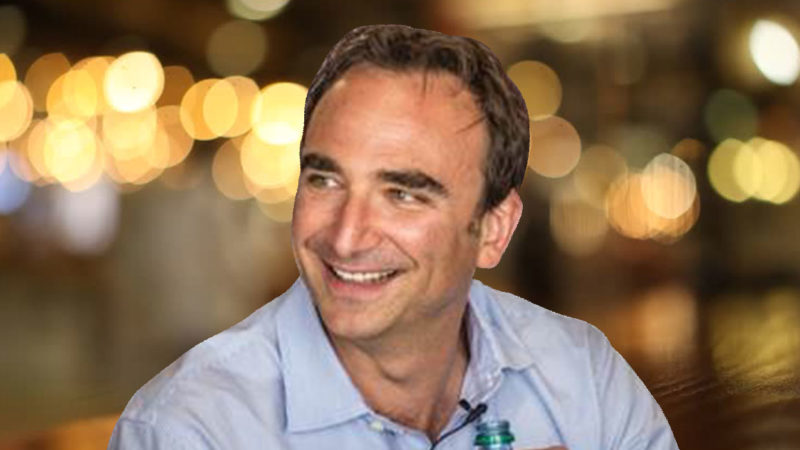 In this Trial Lawyer Nation podcast, Michael Cowen sits down with communications specialist, speaking coach, and jury trial consultant, Jesse Wilson. As a student of Julliard and with a background in theatre, TV, and film, Jesse’s transition to the trial lawyer consulting world doesn’t seem ironic at all seeing as every courtroom shows us different characters. Ask him what he does, and his answer is “I help human beings become human beings in front of other human beings,” describing his talent to a “T.”

From his early studies in theatre, one technique he was taught using masks made such an impression on him that he continues to use it to this day. Literal face masks are a powerful communication tool as well as a strong metaphor for the masks we wear in our lives, Jesse says. As the old saying goes, “what we resist, persists,” and they (masks) allow us to turn toward the dark and deplorable and use them as an opportunity. Jesse describes his initial success using masks came while directing inmates in jailhouse theatre where they were able to play different roles in order to understand different perspectives.

Today, Jesse uses these techniques with trial lawyers and clients alike to aid in showing the human spirit in the courtroom and fighting against the natural urges to cast themselves as the “characters” they think the jury wants to see them as. He discusses in more depth the need not to show emotion but rather to be emotionally available and the need to show that your client knows joy, can feel joy and is fighting for joy. If you don’t do that, then you end up becoming your own audience member and the jury no longer has the ability to become the “hero.” It’s the worst thing that can happen to an actor as well as for a trial lawyer. In the end, our job as lawyers is to show what our clients have lost, and in order to do that, we need to show the jury what they had by talking about the times of joy. We and the jury can feel the loss 1,000 times more through the joy than through the grief. In other words, Jesse points out, we don’t need to show their grief or tears, we need to show that they are a fighter, and the subtext in this paradox is revealed that the one thing that is more powerful than a man crying is a man trying not to cry.

The process Jesse uses isn’t cookie cutter by any means: he spends as much time as possible with the client being the human sponge and soaking up all the information he can and then “squeezes the orange” to formulate the narrative, language, and themes. By using movie questions like What’s your favorite movie? Who’s the main character? What is his main obstacle (the thing that is holding them back from what they want)? This helps to create an understanding of the story while avoiding talking about their own life in order to put them on common ground. He goes on to ask – if you took away the main obstacle, would you want to see the movie? Most, of course, say no without hesitation because it would be really boring and the story would have no place to go. Kind of like in the movie Jaws if you were to take away the shark. This conversation then sets the stage and helps clients to understand the importance of the struggle and the value of the story in its entirety, which eventually leads to talking about the details of their own story.

Michael relates a similar example where a client lost her right arm and was right-handed. In the beginning, they were just showing liability and mentioned the amputation and the focus group felt that “sure the case is worth $1M and she is probably trying to cash in and doesn’t want to work anymore” and a lot of other negative things. Then they showed video of her doing cross fit, saying she’s not going to let this beat her, lifting more weight with her left hand than she used to with both hands, and the focus group numbers just skyrocketed for what they were willing to give. All because she was no longer playing the “victim.” Michael refers to it as displaying the hope dynamic where if you are asking the jury to help you, they need to see what you are doing to help yourself.

Of course, no amount of money will ever make our clients’ lives whole again, but what you’re doing is helping them to continue to get better. They discuss that it’s really a tough position to be in during a trial because clients feel like they need to stay hurt and not move forward, yet they are really hurting themselves more by NOT continuing to move forward. Jesse also points out that it is one thing to work with someone who has had a lifetime of joy and then (bam!) it’s lost due to a death or injury, but it is another to work with someone who might have a lifetime of abuse or neglect or has a negative self-image and needing to somehow get them to the point in the eyes of a jury where we can understand the extent of their loss. Certainly, a deep and difficult discussion to have for anyone, but an important one to uncover the emotional evidence in a case.

Michael and Jesse conclude their conversation discussing the other “roles” that need to be cast in the trial story like the villain, along with the characteristics and conduct that reveal them as villains. Truly a powerful and enlightening peek behind the curtain of the great work Jesse is bringing to the courtroom in some of the country’s biggest cases.

Workshop Discount: Trial Lawyer Nation listeners are able to receive a 10% discount on any of Jesse’s workshops in 2018 or 2019. To take advantage of this discount, please sign up for a workshop through his website and use the access code PODCAST.

Jesse Wilson is a communication specialist, speaking coach, and jury trial lawyer consultant. A Juilliard Theater graduate, after 20 years of working in the world of theater, TV, and film, he has created “Tell The Winning Story” to empower trial lawyers to deliver high-impact presentations, as well as rapidly transform their communication and collaboration skills to effectively prepare clients and witnesses to testify. Jesse was inspired to create “Tell The Winning Story” after co-developing a Theater-Behind-Bars program for inmates.  The program helped inmates make powerful changes in their lives.

The true power of a story always comes from inside us, the storyteller… And the path to developing a winning story begins with the lawyer owning their own story. “Tell The Winning Story” provides the lawyer the difference between telling a “hidden, safe, ‘surface’ story,” and powerfully connecting to a story that goes right to the heart of their audience, whomever that audience happens to be.