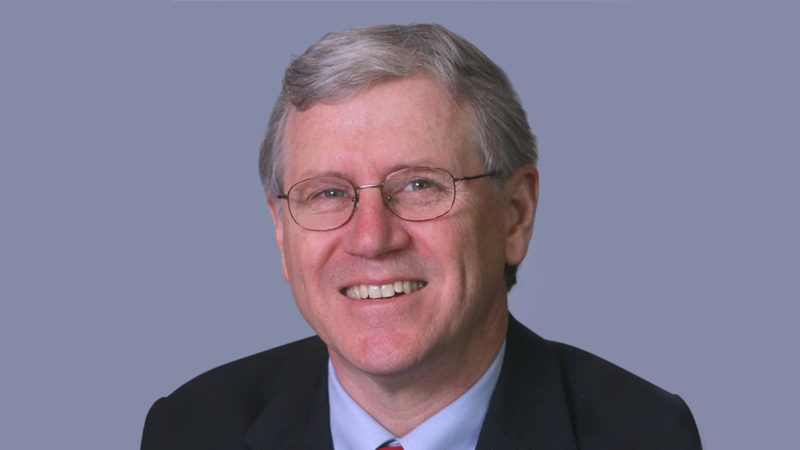 In this Trial Lawyer Nation podcast, Michael Cowen sits down with author, speaker, and seasoned trial lawyer, Paul Byrd from Arkansas for a deep dive into the minds of conservatives and what we can do to better communicate with them on juries. Kicking things right off, Michael and Paul agree that the likelihood of having a jury panel made up of only liberals is not only low, but likely not preferential either as Paul points out and sets the tone for the conversation.

As a self-proclaimed “Republican trial lawyer,” Paul talks about the juxtaposition of not being felt trusted in trial lawyer arenas because he is a Republican, while also not feeling trusted in Republican arenas because he is a trial lawyer. This is something he never really understood in terms of why they didn’t seem to fit together as he feels strongly there are many values that cross over between the two and has led to his study of conservatism in the courtroom.

Like many trial lawyers, Paul’s desire to reach jurors, and to reach voters who wanted to vote in the courtroom forum, has always been met with some resistance from those who are fiercely independent. Paul’s in-depth understanding of the interesting history of the Scotch/Irish in America, and how it paved the way for conservative thinking, helps to lay the foundation of working with conservatives in the courtroom. When asked how trial lawyers might learn from and relate to people who may have a more conservative value system than themselves, Paul suggests talking to experts in the field as well as using solid focus groups. Michael adds, from his own experience, that they can also take an introspective approach and work on themselves, learning to talk to people, listen nonjudgmentally,  and understand that conservatives are still good people by and large. In other words, take the time to listen to people, even if it’s not what you want to hear, in order to gain perspective.

In this day and age, it is hard NOT to bring up the topic of social media, given the politically charged climate on social platforms, to which Paul brings up a great point that although they tell jurors not to look on social media to find lawyers involved, they commonly still do. He goes on to describe how people will typecast you as much as you typecast them with the posts they may find in your social accounts, so it is likely best to stay away from partisan posts in today’s world. Michael adds how he tends to avoid posting political things to his feed as some juror could potentially be immediately turned off by it regardless of which side of the issues he’s on. He also goes on to say if you can start the conversation with an open mind, you may be able to convince someone one way or the other, but if they are turned off before you begin the conversation (perhaps by seeing a politically-charged post), the likelihood of there being any movement is slim.

Paul points out how some of the biggest verdicts have come from the most conservative juries and sometimes it simply becomes a matter of helping your jury understand what the rules are. He gives a great example regarding a case which involved horseplay around a pool where a man was pushed in, broke his neck, and drowned. His focus groups were leaning one way with the understanding that the man who was pushed in was the jokester; but once the rules were laid out by way of the pool manufacturer’s safety warnings and revealing the pusher was the homeowner, the case became much easier to solidify because the group understood what they were defining as the rules.

Michael asks Paul if there are any buzz words or behaviors which can alienate a conservative jury. To which Paul expresses how it can actually work against you if you focus too much on trying to make jurors feel sorry for a client because it was a horrific injury. He goes on to say that jurors have become hardened over the years having been exposed to so much that empathy or sorrow will not carry a case alone anymore. You really have to find the rule or the “why” moment in a case of how the wrongdoer should be held responsible.

The conversation culminates in a discussion about how “non-economic damages” are viewed by jurors and the conservative spin which has likely brought us to where we are today. Paul first directs his attention to the argument regarding the caps placed on non-economic damages in some states and how some view these decisions as unfair toward particular sets of people (ex: stay at home parents) where there is no pattern of lost wages or income. He then digs deeper in a couple of examples to really make you think a little harder about what’s “real” to those who have been catastrophically injured while using plain English to cut through partisan lines and strike the core of most every human. It’s truly fascinating how Paul thinks about these things and we were glad he was willing to share his thoughts and insights with us and the rest of the Trial Lawyer Nation.

Paul Byrd has been representing deserving injured victims for almost 30 years.   After clerking for a trial court, Paul went into private practice in 1988. Paul’s practice has focused on civil litigation with an emphasis on representing consumers in product liability actions, both individually and in Mass Tort Litigation. He is the Immediate Past Chair of the AAJ Product Liability Section and on the Board of Governors of AAJ.   He has spoken on “How to Talk to Conservatives” all over the United States and has a current video on the topic published by Trial Guides.

In November of 2000, he was featured on the front page of the Wall Street Journal due to his work in the case of Brownlee/Whitaker vs. Cooper Tire and Rubber Company.  He also appeared in a Dateline NBC documentary regarding the same case in January of 2001.

Paul has also represented farmers in agricultural litigation regarding genetically modified crop contamination that had global as well as national and local implications.

Paul is a past President of the Arkansas Trial Lawyers Association. His message to his fellow members as President was “You went to law school to make a difference!”.

In 2012, Paul was a co-recipient of the Outstanding Trial Lawyer of the Year Award from the Arkansas Trial Lawyers Association.

He is the managing member of the Little Rock, Arkansas office of Paul Byrd Law Firm, PLLC.

He has an “AV” rating in the Martindale-Hubble Legal Directory, has been recognized by the Mid-South Super Lawyers, and is also a life member of the Million Dollar Advocates Forum.