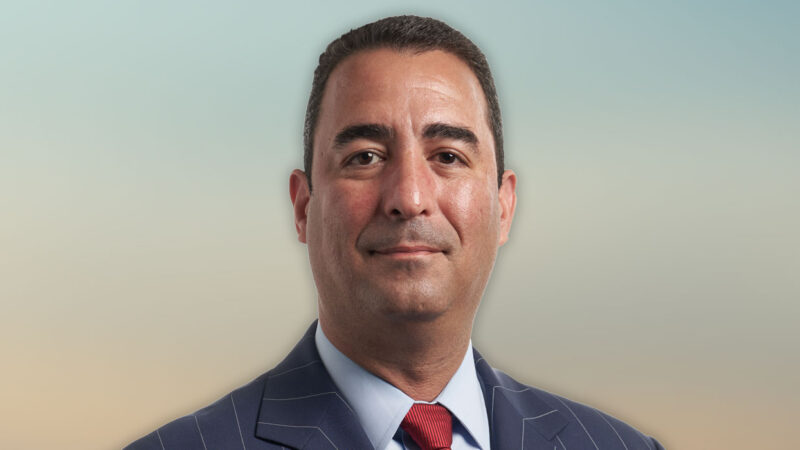 In this episode of the Trial Lawyer Nation podcast, Michael sits down with Kentucky-based trial attorney, Hans Poppe, to discuss his recent cases, the difficulty of trying med mal cases, and much more.

The episode begins with Hans going into his history as a trial lawyer. Hans began his practice in Louisville, Kentucky, and currently runs a small, 100% referral-based firm, focusing on catastrophic injury cases. He goes on to explain that he started his firm 4 years out of law school and gradually built his practice through the years by focusing on case selection and making sure everybody knew what he was interested in by utilizing marketing methods such as CLEs to maintain relationships and monthly newsletters.

Following a brief discussion on CLEs, Michael inquires on Hans’ trial record on med mal cases, to which Hans responds, “We’ve won 3 of the last 4 med mal trials, [and have] gotten punitive damages in all 3 of [those wins].” He goes on to say that he’s been focused on trying these cases differently.

To this, Michael asks Hans to explain more about his recent wins, adding that med mal cases are tough for plaintiff attorneys. Hans agrees and adds, in Kentucky, the defense win-rate is 80-90%, and how there’s a very small group of attorneys in the state who take these cases to verdict. He goes on to say even the top lawyers who are doing very well are still losing 80% of the time.

Continuing the discussion of the difficulty and uphill battle of med mal cases, Hans expresses the importance of being “hyper-focused” on case selection and realizing “every case is actually 3 cases,” (meaning the case you sign up on day one, the case you prepare for, and the case you try; none of which are the same) and how those factors need to be top of mind during case selection.

Building on the topic of trying med mal cases, Hans goes on to explain if you go into the courtroom and try against a physician just based on medicine, you’re going to lose. He outlines how defense lawyers who handle med mal cases are very good lawyers and work those cases hard, and how you need to “find something else” to bring to the table.

“If you can get past the medicine… and find [focus in on] the other angle… the other side is not used to that.” – Hans Poppe

To explain the concept of “getting past the medicine,” Hans goes into detail on his most recent case involving the suicide death of his client. He shares why it was an impossible case, considering his client committed suicide, but he chose to frame the case so it started before the suicide. He describes the business practice of this particular pain management clinic and the unavoidable outcome it produced of patients not receiving the care they need. This was due to patients only seeing doctors on their first visits and mid-level providers in subsequent visits.

In this case, the prescription given to his client was written 4 days before he’d even seen the provider and was for half of his normal dose. “What we focused on were the business decisions that were being made,” Hans says before delving deeper into the unethical business practices of this clinic. This case ultimately resulted in a $7 million verdict and was a zero-offer case, which Hans adds, “the defense had no idea.”

“There were 15 doctors, and the doctors aren’t seeing the patients… each doctor has 4-5 nurses under him, they see a patient every 15 minutes, and so the doctor bills 4-5 doctor’s visits every 15 minutes.” – Hans Poppe

Following this discussion, Michael and Hans go into another of his recent wins, a $21.3 million verdict case involving an unnecessary pacemaker. In this case, Hans and his team focused on the business practices of the hospital, and how it entangled with cardiologists and encouraged them to perform heart procedures; essentially disincentivizing proper care in favor of profit-focused business practices. “You know what the problem is with incentives?” Hans says, “They work.”

He and Michael continue the topic by delving into the ugly side of the medical business, and how it really changes the dynamic of a case when you can focus jury’s attention on something other than “the white coat and the stethoscope,” before moving on to Hans’ 3rd recent case.

In this case, the audit trail (document that hospitals and physician’s offices are required to maintain, tracks every time the chart is logged into, and if any edits are made) revealed several days after the patient died, the PA got into the patient’s chart and modified the history. The PA had no idea during his deposition that Hans had the audit trail, and not only that, but Hans never asked him about it … UNTIL TRIAL!

“We’re not trying a case about what happened  the exam room … we’re trying a case on what business decisions were made and how those impact patient care [and leads to] a bad outcome.” – Hans Poppe

During trial, the PA had no explanation as to why he was changing the patient chart several days later. Hans had also obtained evidence the PA had a productivity bonus and had been running behind on the day his client was seen; a fact Hans argued was the reason he didn’t do a physical examination of the patient.

This episode also covers the willingness to risk losing and why the ability to recover is so important, the impact of your mindset, appearance, and self-confidence, how incentives can go bad and how to highlight it in your case.

Hans is licensed in Kentucky and Indiana; however, he has a national reputation for handling catastrophic injury and death cases as well as contingency fee business-to-business litigation.

While lots of lawyers hold themselves out as “trial lawyers,” Hans actually is one.  According to the 2020 Kentucky Trial Court Year in Review, only three plaintiff lawyers in Kentucky have tried more cases to verdict than Hans since 2005.

In 2016, ALM VerdictSearch Top 100 Verdicts of 2016 recognized Hans’ $21,274,786 verdict in Wells v Catholic Health Initiatives, Inc as the 94th largest verdict in the United States.  The Wells case was one of over 400 cased filed by the Poppe Law Firm in London, KY alleging unnecessary cardiac procedures were performed in order to boost profits.  Three more cases went to trial and ultimately all the cases were globally settled the night before the verdict in the Owens v. CHI trial.  The work done by Hans and his team also contributed to a $16,500,000 Medicare qui tam recovery from the hospital and $380,000 from two doctors.  Additionally, the work done by the Poppe Law Firm helped lead to the arrest and federal conviction of two other cardiologists for Medicare fraud.  One was sentenced to 42 months and the other was sentenced to 30 months.

At the same time he was handling the London unnecessary procedure litigation, Hans and his team found a similar fact pattern in Ashland, KY involving King’s Daughter’s hospital.  Hans filed over 500 lawsuits in Ashland also alleging unnecessary cardiac procedures. Two months later the Department of Justice reached a $41,000,000 settlement with King’s Daughers for allegations of unnecessary procedures. The civil suits were settled in a 2019 confidential global settlement.  The work done by Hans and his team also helped lead to the conviction of a third cardiologist who was sentenced to 5 years and $1,000,000 in restitution.

Hans was selected by his peers as the 2020 Lawyer of the Year in Medical Malpractice-Louisville by Best Lawyers®. Only a single lawyer in a specific practice area and location is honored with a “Lawyer of the Year” designation. Additionally, Hans was recognized in the same edition of The Best Lawyers in America for his work in Personal Injury Litigation and Professional Malpractice Law.

Also in 2020, Hans was nominated and elected by his legal peers to be President of the prestigious American Board of Trial Advocates’ Kentucky Chapter.

In addition to being a courtroom trial lawyer, Hans has had five cases go before the Supreme Court of Kentucky.