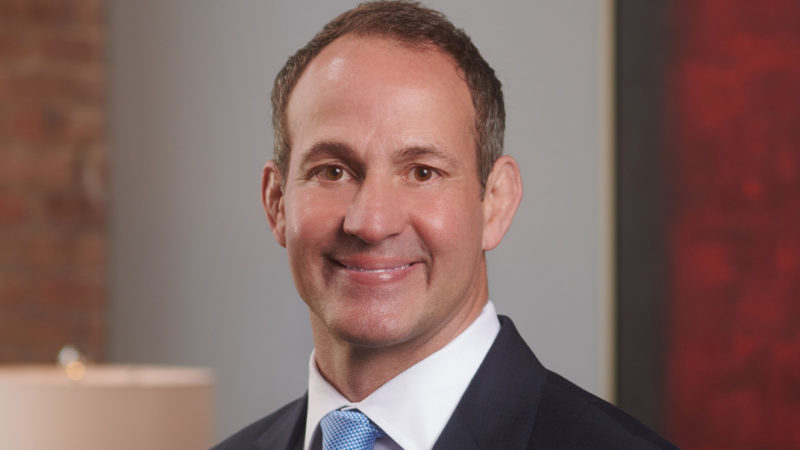 46 – Tim Whiting – The Journey of a Trial Lawyer with Perseverance

In this Trial Lawyer Nation podcast, Michael Cowen sits down with Tim Whiting, of the Whiting Law Group in Chicago, for a conversation exploring the journey which has led to Tim’s outstanding $9M settlement on a recent trucking case.

While Tim primarily handles trucking cases in his practice, this wasn’t always the case. Tim’s story begins from humble beginnings and feeling “poor” as a young boy. When given a homework assignment about what he wanted to be when he grew up, the only thing he could think of was not to be poor. In the process of researching what he wanted to be, he stumbled upon a book by Melvin Belli, a prominent lawyer known as “The King of Torts” which immediately locked him into the desire to become a lawyer and not feel poor.

Tim went on to law school on a wrestling scholarship, which also led to an introduction by his wrestling coach to a well-connected attorney who ultimately introduced Tim to his first job at a large insurance defense firm in Chicago. After about 5 years, feeling miserable as ever, still struggling financially, and watching some good and not so good plaintiff lawyers win large sums of money for their clients, Tim decided “that was the side of the fence I needed to be on” which led to his decision to be a plaintiff lawyer. Ironically, when he told his then boss that he was quitting to start his own plaintiff’s firm, his boss not only laughed at him, but also told him he’d fail within 6 months and he’d keep his chair open for when he comes back.

Starting his firm from his apartment, Tim was hungry for success and started calling up defense and plaintiff lawyers that he had met and taking them out to coffee to give them his sales pitch and tell them he would be very available to their clients and get great results for them. One case led to another and he found some success which led to his nomination for the Top 40 under 40 award in Chicago. Things continued to grow as he moved into an office suite, hired his first assistant, and brought on 4 other lawyers all to find himself several years later still feeling pretty unhappy, even though he was no longer poor. Having a kind of one-on-one intervention with himself, he thought inside “if this is what it looks like the rest of the way, this is not what I want” as he was running rampant doing all kinds of cases with a large docket and feeling some self-doubt having never really experienced any formal trial training. This is when he decided to scale back to 3 lawyers and take on about half the number of cases.

Feeling better already during this process, he happened to take on a trucking case where the company had $1M but the losses were much more. Having never been a part of any attorney organizations before, and as fate would have it, the AAJ conference was in Chicago that year and Tim decided to go. For those who have been to an AAJ conference before, you can imagine all the great information Tim was able to absorb through AAJ’s Trucking Litigation Group listening to people like Michael Leizerman and other top trucking lawyers speak, and also chasing down Joe Fried in the hall (a story that lives in infamy to this day). Tim credits this conference, Joe Fried, Michael Leizerman, and other great trucking attorneys for inspiring him to make the leap and have a more trucking focused practice.

This podcast continues through Tim’s journey going to Trial Lawyers College later in his career, with he and Michael then sharing their opinions on when is the right time for an attorney to devote the time and energy to Thunderhead Ranch. Tim also shares a quote he used to have on his mirror in his wrestling years “Champions aren’t born, they’re built” and how he continues to build himself in a way that is insightful and meaningful every day. His genuine and very honest conversation in this episode makes it clear Tim is proud of his work and has not only excelled in his journey to becoming a successful trial lawyer, he is still on his journey. Michael agrees that the journey is never over and adds, “You can’t just go to one program and become a master.” You need to continually be learning, bringing the conclusion of this episode together where Tim’s journey has resulted in a recent $9M trucking case and he describes how his continued learning has led to it all.

Timothy M. Whiting is a Nationally board-certified truck accident* trial attorney. Tim has received Board Certification in Truck Accident Law from The National Board of Trial Advocacy (NBTA). To qualify for this prestigious certification, Mr. Whiting was required to demonstrate extensive legal experience in truck accident law, as well and meet rigorous objective quality standards as required by the NTBA.

He is a graduate of the University of Wisconsin Law School and is licensed to practice in both Illinois and Wisconsin. As a trial lawyer, Tim has represented victims of trucking accidents, auto accidents, construction accidents, medical malpractice and serious personal injury cases across the country, winning jury verdicts and settlements in over 10 counties across four states. Since 2019, Tim has committed solely to the representation of individuals or their loved ones who have been harmed in trucking crashes.
To further his own understanding of representing victims of truck accidents, Tim obtained a Commercial Driver’s License (CDL). After passing intense testing and driver training, Tim is legally qualified to drive a 18-wheeler truck. This experience has allowed Tim to have a better understanding of how to safely operate a semi-truck and trailer and what may have gone wrong that led to his clients or their loved ones being harmed in a trucking accident.

Due to Tim’s success and commitment in handling serious truck wrecks in Illinois, Wisconsin and in several of the other parts of the United States, he is regularly sought out by other lawyers around the country to either co-counsel or consult on their respective clients’ cases who were harmed in serious trucking accidents.
Tim has been invited to join the nationally recognized Gerry Spence Trial Lawyers College (TLC) as part of the class of July 2019 – the 37th class to graduate from their 3-week program since the College began in 1994. 1,976 graduates have preceded Tim, and with an ever-increasingly rigorous pool of candidates, his selection was of the highest honor of a trial lawyer in the country.
As a result of his accomplishments in representing victims of truck accidents and serious personal injury, Tim has been recognized as one of the Top 100 Lawyers in Illinois by the National Trial Lawyers Association since 2008.

In 2015, he was named a Leading Lawyer for Personal Injury Law, an honor earned by fewer than 5% of attorneys in Illinois.

Martindale-Hubbell Law Directory, a top legal publication rating lawyer’s abilities, ranked Tim AV Preeminent, the highest rating a lawyer can receive for Legal Ability and Success in personal injury. (AV Preeminent is a significant rating accomplishment – a testament to the fact that a lawyer’s peers rank him or her at the highest level of professional excellence.)

In 2018, Tim was named as one of the – Top 10 trucking accident trial lawyers by The National Trial Lawyers Association, for his tireless work and proven success in protecting the rights of those injured or killed in truck crashes.

Previously, Tim had been named by the Law Bulletin Publishing Company as one of the Top 40 Lawyers Under Age 40 in Illinois.

Tim has been appointed to the Executive Board, the Board of Regents, and the chair of the New Lawyers Division for the Academy of Truck Accident Attorneys (ATAA).

Tim also serves on the Executive Board of the American Associations of Justice (AAJ) Interstate Trucking Litigation Group.

Tim serves on the Board of Catholic Charities and its Legal Advisory Committee. He is also active in the National Kidney Foundation of Illinois by fundraising and raising awareness about kidney disease and live kidney donation. Tim serves on the Advisory Council for the Northwestern Medicine Comprehensive Transplant Center to promote and advance the mission of transplants to save lives. He also is committed to his local communities, by personally supporting a number of local organizations and their efforts to provide for the homeless and underprivileged people of Chicago.