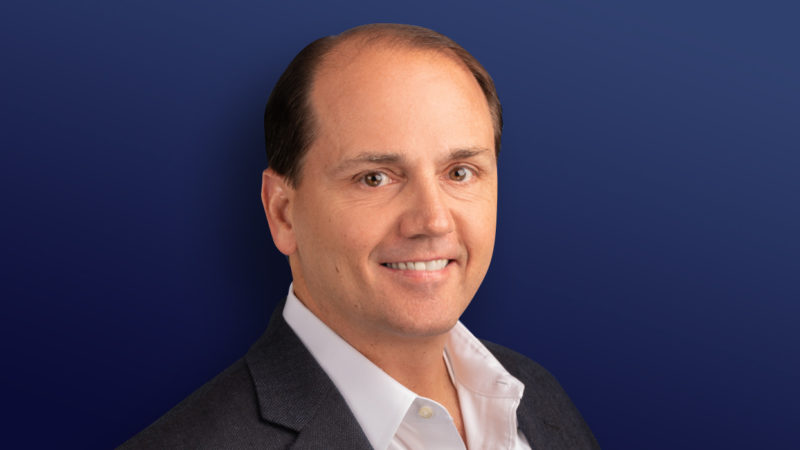 In this Trial Lawyer Nation podcast, Michael Cowen sits down with Joe Camerlengo, an extremely successful trucking lawyer from Jacksonville, FL, who is also the outgoing president of the Academy of Truck Accident Attorneys (ATAA), for a deep dive conversation on the specialization of trucking law.

Joe’s start as a lawyer began after being a finance major in undergrad, going to law school to be the CEO of a Fortune 500 company, and then falling in love with being a trial lawyer after taking a trial practice course. From there he only interviewed at defense firms and only wanted to be a defense lawyer, having “drank the Koolaid,” and thinking people were exaggerating their claims, lying, and cheating. But his perspective changed after his then-girlfriend, now wife got T-boned in her car and suffered a soft tissue injury which he quickly realized are very real and hurt. At that point he started to plan his exit although he didn’t want to leave, having only been at a defense firm for two and a half years. What he really wanted, was to wait until he tried cases and learned more about excess coverage in multiple layers and multiple defendants, which he did, and then waited until he was on the eve of being a partner at the defense firm and left to start his own plaintiffs firm.

Michael wastes no time in asking Joe how he became a trucking specialist, to which it all started with a single case Joe recalls vividly. The Tony and Johnson case was a case where a 19-year-old girl was killed by a double trailer truck which was driving on a small county road. Joe immediately dove into the regulations, bought Michael Leizerman’s book, The Zen Lawyer: Winning with Mindfulness, went to seminars, and fell in love with the complexity and being able to do real justice in that first trucking case. While the results of that case would obviously never bring Tony back, he was able to resolve it in a way that brought justice to her family and further pushed the trucking company to agree to not drive their double trailers on county roads anywhere in the state of Florida.

Michael then contrasts this with automobile cases where the driver who caused the wreck is a major factor. You can resolve those cases or if you try them, you rarely get full justice because a large percentage of responsibility is going to go to someone else. Plus, when you try them, you’re not going to win them as often, so the settlement values are such that instead of fully taking care of somebody, you are helping them more than they would have been helped had you not been there, but not really getting them full justice. As an example, he points to award a couple of million dollars for a quadriplegic over a lifetime is not really going to take care of them, as opposed to a trucking case. They both agree that with trucking cases there’s more likely to be a situation where the trucking companies are at fault, they DO have the resources, you can actually do more complete justice and in some cases, when you really have a good case, you can force them to agree to safety changes as part of a settlement and it just feels better knowing the impact you’ve had beyond the case itself.

Joe talks through the financial ups and downs of having your own practice and the discipline it takes to stay the course and be focused on the cases you are looking to take on while maintaining the expenses of the rest of your practice. Michael goes on to describe the conversation he had with Michael Leizerman when Cowen wanted to know how he got to the point where he only had good trucking cases and recalls Leizerman’s simple words, “I just said no to everything else.” Michael and Joe continue to talk about what goes into building a successful firm in direct relationship to the profitability of narrowing the scope of cases they’re willing to take on, which in large part, includes a firm’s capacity. Joe brings up a point that’s so often overlooked where you cannot run your people or yourself at 100% capacity. “That’s when you will break down. That’s when you’ll burn out. That’s when you’ll make mistakes,” Michael explains. Joe describes the need to have space in your inventory for that new call, because if you’ve said yes to some of those smaller cases because you had capacity at the time, and now you’re almost at capacity when the 9-figure case calls, the firm will likely not be in a position to do its best work on that case or the others. You need to have some capacity in your life, in your firm to take on arising unknown opportunities. The unfortunate side of the self-imposed stress placed on people when running at capacity all the time is the drugs, alcohol, suicide, infidelity, and everything else people do when they’re managing the stress in a bad way. You have to do what’s right for you and develop a stress level to where you’re still having quality time with your family and you’re not overworking yourself or your people. Joe recalls “they say people make you money,” whereas his theory at his firm is “happy people make you more money,” strongly suggesting the need to give your people support and “treat them like they’re gold.”

Michael and Joe continue to talk through a variety of topics regarding the solid building blocks they’ve both used in building successful practices including: Systems within the firm (intake checklists, forms, etc.) and the idea that when you follow the systems, it frees you up to do the creative stuff; The necessity to never neglect the business side of your firm and the impact it can have on your clients; Savvy accounting tips for lawyers who focus specifically on phantom income and their associated taxes; and several other important factors for law firms to consider.

This jam-packed podcast concludes with an in-depth look at one of Joe’s latest trial successes that have been 8½ years in the making and culminated with an astonishing $11.32M verdict for, of all things, a car wreck case involving their firm’s long-time IT employee. Joe is gracious enough to share so many details about the trials and tribulations of this case, and they were plentiful over the course of the life of the case.

Joe Camerlengo is a founding partner of The Truck Accident Law Firm where he maintains a nationwide trial practice specializing in the areas of serious personal injury and wrongful death caused by trucking, bus, and commercial motor vehicle crashes.   He is extremely hardworking and a passionate advocate for his clients.   Joe is board certified in truck accident law by the National Board of Trial Advocates and board-certified in civil trial law by both the Florida Bar and the National Board of Trial Advocates.   Joe is a member of ABOTA, has achieved a preeminent AV rating by Martindale Hubbell and has been voted a Florida Super Lawyer in Civil Trial and Personally Injury Law every year since 2008.  Joe serves as the President of the Academy of Truck Accident Attorneys, the Education Chair for the American Association for Justice Trucking Litigation Group, Chair of the Florida Justice Association’s Trucking and CMV Crash Section and serves on the board of the National Board of Trial Advocates and the National Board of Trucking Trial Advocates.  Joe speaks all over the country on issues relating to handling Trucking Crash cases and advanced trial techniques.  He has been a repeat speaker for the American Association for Justice, the Florida Justice Association, the Academy of Truck Accident Attorneys, the 360 Advocacy programs, and many other trial lawyer organizations.

An extremely hardworking and passionate advocate for our clients, Joe Camerlengo specializes in the areas of serious personal injury and wrongful death caused by a tractor-trailer and commercial motor vehicle crashes.  Joe is board certified in civil trial law by the Florida Bar and the National Board of Trial Advocates.  Joe lectures other attorneys on handling tractor-trailer crashes all over the county and has served as faculty at the AAJ Truck Litigation College.  Joe has achieved a preeminent AV rating by Martindale Hubbell and has been repeatedly voted by his peers as a Florida Super Lawyer, a member of Florida’s Legal Elite and a National Trial Attorneys top 100.

Joe is passionate about making our roads safer by pursuing and helping other attorneys pursue, bad trucking companies and dangerous truck drivers.  Joe remains actively involved in the leading trucking litigation attorney organizations.  He is the President and Board Member of the Academy of Truck Accident Attorneys; the Education Chair and Board Member of the American Association for Justice Interstate Truck Litigation Group; a board member of the National Board of Trucking Trial Advocates; and Co-Chair of the Florida Justice Association’s Trucking Litigation Group.

Joe began his legal career defending insurance companies and corporations for 7 years before founding the Camerlengo Law Group in 2001 to focus on civil justice.  He has been representing plaintiffs in serious injury and death cases since then and enjoys the challenge of taking on large corporations and insurance companies. In 2014, Joe and his team joined Coker, Shickel, Sorenson, Posgay, Camerlengo & Iracki.  In 2017, Joe joined forces with leading trucking trial attorneys Michael Leizerman and Joe Fried to form The Truck Accident Law Firm, handling trucking crash cases all over the country from the home office in Jacksonville, Florida.

Joe is a double Gator, having received his B.S.B.A. in Finance in 1991 and his Juris Doctorate from the University of Florida Levin College of Law in 1994, both with honors. Joe has been a member of the Florida Bar since 1994 and is also admitted to the United States District Court, for the Middle and Southern Districts of Florida and the United States Eleventh Circuit Court of Appeals.

Joe is actively involved in the Florida and Jacksonville Bar and his community and is a recognized leader on diversity and inclusion issues.  Joe currently serves on a Florida Bar Grievance Committee.  He has served on the Florida Bar’s Diversity and Inclusion Committee since its inception, serving as chairman in 2011-2012.  He is a Past President of the Jacksonville Bar Association. Joe also supports several charitable and community organizations such as the American Cancer Society, the Jacksonville Human Society, the Jacksonville Host Committee for Florida’s Children First and Leadership Jacksonville.  He enjoys coaching kids’ sports, playing golf, working out, surfing and, most importantly, spending time with his wife and their daughters.

Joe can be reached at jvc@truckcrashlaw.com

National Board of Trial Advocates
Board Member (2016-present)

National Board of Trucking Trial Advocates
Board Member (2016-present)

American Board of Trial Advocates, since 2015

University of Florida Bull Gator, Since 2006

QUOTE:
“I have been privileged to represent many families that have suffered greatly at the hands of bad tractor-trailer companies or overworked commercial drivers.  The more I know about semis, tractor-trailers and their companies, the greater my passion to pursue justice for the harms and losses they cause.  Trucking experience is critical.  Do not call a car crash lawyer to handle your trucking case.  Our firm specializes in Tractor Trailer and Commercial Vehicle crash cases and has the knowledge, experience, and resources to achieve full justice for you and your family.” 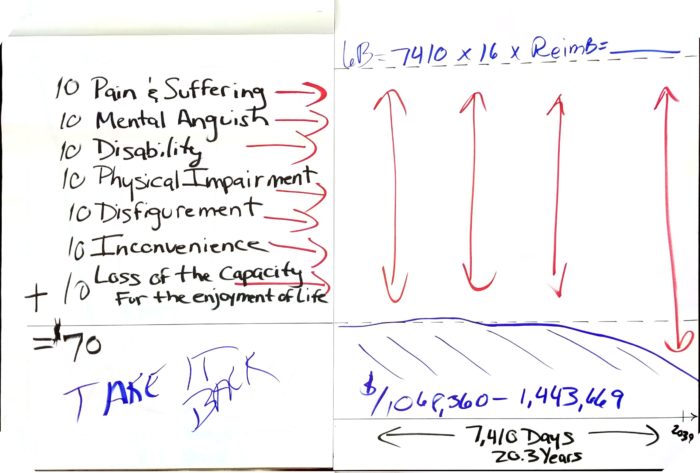 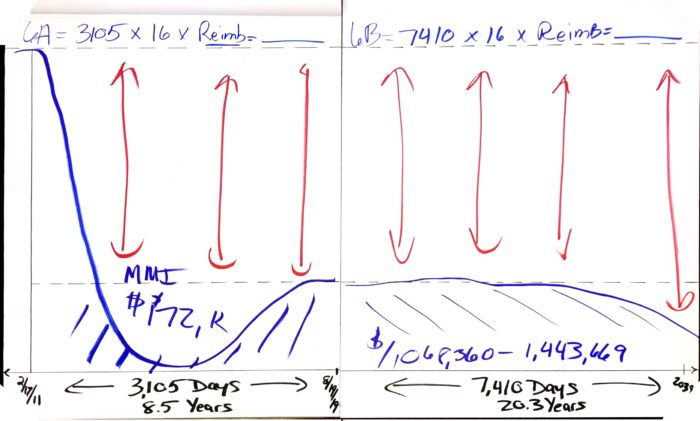 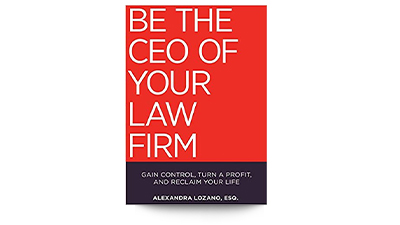 Be the CEO of Your Law Firm 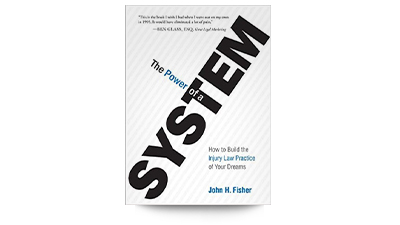 The Power Of A System: How To Build the Injury Law Practice of Your Dreams