69 – David Koechner – Hit Your WHAMMY! The Power of Storytelling 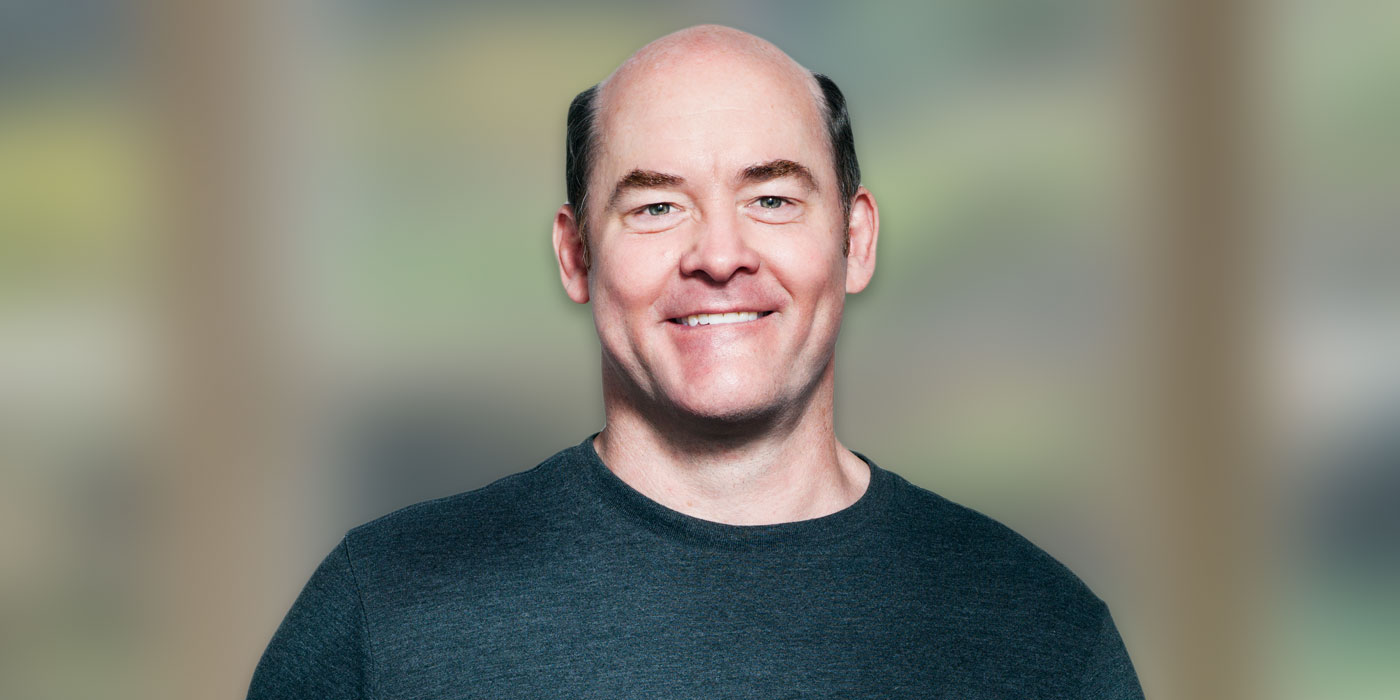 In this Trial Lawyer Nation podcast, Michael Cowen and his Director of Marketing and Business Development Delisi Friday are joined by a VERY unique guest – David Koechner! David is a Hollywood actor and comedian who has starred in over 190 films and TV shows. He is best known for his roles as Todd Packer from “The Office” and Champ Kind from “Anchorman” and “Anchorman 2.” You may be wondering how David has any connection to attorneys, but we assure you this episode is full of timely advice for trial lawyers and is just what we need to hear right now. The trio will discuss David’s path to success and his advice for presenting to an audience (think: the jury) both in person and through a screen.

The episode begins with Michael briefly explaining the premise of this special episode. He explains how David comes from the TV/film world, and lawyers are now having to adjust from a live audience to an audience through Zoom. He shares how he’s excited to “learn how to communicate with other human beings through a screen,” or a jury spread out across a stadium or convention center for socially distant in-person trials.

Michael then asks David about his background and how he got into acting. David shares how he grew up in a small town in Missouri and began working for his father’s turkey coop manufacturing business at the age of 7, something he says instilled a strong work ethic in him from a young age. Being from a small town, David had no idea acting was a possibility for him having never met an actor himself. So, he decided to attend college with a political science major where he realized in his third year that “To be in politics, you either need to come from a political family, you’re incredibly wealthy, or you’re the smartest person in any room you walk into. I was none of those things.” He then dropped out of college and worked three jobs until he visited Chicago to attend a “Second City” performance and realized, “This is it. This is what I’m going to do.”

From that moment on, David spent the next 9 years on stage at least 4 nights a week, putting in his “10,000 hours” and citing the book Outliers by Malcolm Gladwell until he made it onto Saturday Night Live. Michael aptly compares this to up-and- coming trial lawyers – you have to try a lot of small cases before you get a shot at the big ones. They follow with an insightful discussion of the role of “luck” in being successful, which David believes is “really about hard work, isn’t it?”

They then move onto the topic on everybody’s mind right now – How do you effectively communicate with a jury when you’re either wearing a mask or limited to a screen? David recognizes the challenges of doing so, but emphasizes that the most important thing is always your connection to the story. He believes that is the compelling part of any presentation – whether in the courtroom or through a TV screen.

David continues with his recommendations for preparing to present while wearing a face mask. He suggests that lawyers preparing for an in-person trial in the COVID era start observing other people wearing face masks wherever they go. He explains how you can easily tell if someone is calm and purposeful, or agitated by looking at their body language.

Delisi then explains that Michael is going to be conducting voir dire in a football stadium in his upcoming trial. She asks David for advice on how to use your body in a venue that big to make everybody feel included. David suggests that Michael purposefully look at every single person he’s addressing, think about where his words will land, and pace around as he speaks so everyone feels included in the conversation. He also shares a very insightful strategy he uses when preparing for a show in a new venue, which will be helpful to every lawyer listening in future trials and other presentation preparation.

Michael then inquires as to how actors make the audience believe they’re reciting something for the first time when it’s actually been scripted and rehearsed countless times. David astutely replies – “I think that’s the point – rehearse.” He continues by explaining that if he has his lines completely down, he’s fully present and available because he’s not searching for his lines. This gives him (and every actor) the opportunity for “discovery” in a scene, where he is fully engaged with his scene partners and able to truly listen and react honestly to what they say. And it results in successful improv when he films with his comedy peers, like Will Ferrell and Steve Carell.

A brief discussion of the importance of letting silence sink in leads to a very interesting conversation about trusting your audience. Michael shares his experience of switching his mentality of “I need to say everything I have to say” to “It’s not about what I have to say, it’s about being heard,” and with that transition learning to trust the jury more and focus on telling the story, not on controlling the jury.

David then adds, “It’s about respect. You’re respecting the jury to make their own decisions. That will come across.” And while the difference between a crowd at a comedy show and a jury in a courtroom are apparent, the commonalities they share run deep. As Delisi so eloquently puts it, “at the end of the day you’re both storytellers.” David continues by explaining how if he hasn’t heard a laugh in 5 minutes, he knows he needs to change something about what he’s doing. While jurors don’t openly laugh or react, Michael insists “You know when you’re resonating with another human being. You feel it.”

They continue on this note to discuss coping with a loss. David shares how he always mentally prepares to fix what went wrong and assumes, “This is going to go well. Period.” David then describes his favorite adage to tell nervous actors, which is that you always hope the person presenting does well. While admitting it’s marginally different for lawyers, he insists that “they at least hope you’re competent,” which Michael agrees with wholeheartedly, ending this conversation by saying “People want to do the right thing.”

David, Michael, and Delisi end the episode by discussing David’s new business, “Hey, Good Meeting!” Michael and Delisi previously worked with David to surprise the audience at this year’s Big Rig Boot Camp with a comedic appearance by David. These types of events are exactly what Hey, Good Meeting specializes in and provides a unique experience with nationally recognized actors and comedians. If you’d like to book a live comedy experience customized for you and your guests at your next virtual event, holiday party, or referral partner gathering, go to www.heygoodmeeting.com for booking information.

This podcast also covers why all men are secretly 14 years old, what was so special about Chicago in 1996, the importance of listening, playing an outrageous character convincingly, applying the “Rule of 3” to the courtroom, David’s favorite improvised scene from “Anchorman,” using body language to communicate, how David deals with hecklers, and so much more.

Actor, writer and producer David Koechner grew up in Tipton, Mo. working for his father in the family’s turkey coop manufacturing business. He studied political science at Benedictine College in Atchison, Kan, and then transferred to the University of Missouri. After college, Koechner moved to Chicago, where he studied improvisation at the IO (formerly the ImprovOlympic) with Del Close and Charna Halpern. He went on to become an ensemble member of Second City Theater Northwest.

From there, Koechner spent one season in the cast of “Saturday Night Live” before moving to Los Angeles and landing guest appearances on “Curb Your Enthusiasm” and “Reno 911” and a recurring role on “Still Standing.” He co-starred in indie films such as “Dill Scallion,” “Wakin’ Up in Reno,” “Dropping Out” and “Run Ronnie Run” while also turning solid performances in studio comedies such as “Out Cold,” “My Boss’ Daughter” and “A Guy Thing.” Koechner, along with Dave “Gruber” Allen, developed and performed The Naked Trucker & T-Bones Show on stage at Club Largo in Los Angeles. The show later became a Comedy Central series.

Koechner’s first major film break came when he was cast as Champ Kind in “Anchorman: The Legend of Ron Burgundy” (a role he reprised in 2013’s “Anchorman 2: The Legend Continues”). Koechner has been seen in a variety of studio and independent films such as “Daltry Calhoun,” “The Dukes of Hazzard,” “The 40 Year Old Virgin,” “Waiting,” “Yours, Mine and Ours,” “Talladega Nights: The Ballad of Ricky Bobby,” “Snakes on a Plane,” “Let’s Go To Prison,” “Semi-Pro,” “Get Smart,” “My One and Only,” “The Goods: Live Hard, Sell Hard,” “Extract,” “Final Destination 5,” “A Haunted House,” “Paul,” “Scouts Guide to the Zombie Apocalypse,” “Priceless,” Legendary’s “Krampus,”  the animated feature “Barnyard,” the critically acclaimed “Thank You for Smoking,” and the film festival award-winning thriller “Cheap Thrills.” He also starred in the Fox Atomic comedy “The Comebacks.” Recent film projects include “Then Came You,” “Braking for Whales” and “Faith Based,” as well as the upcoming indie horror thriller, “Vicious Fun.”

Koechner currently plays Bill Lewis on ABC’s “The Goldbergs” and recently appeared on ABC’s “Bless This Mess,” CBS’s “Superior Donuts,” Showtime’s “Twin Peaks,” Comedy Central’s “Another Period” and IFC’s “Stan Against Evil.” He also voices reoccurring characters on FOX’s “American Dad” and Netflix’s “F is for Family” and “The Epic Tales of Captain Underpants.” Koechner is well-known for his character Todd Packer on NBC’s hit comedy “The Office.”