By Michael Cowen — 5 months ago 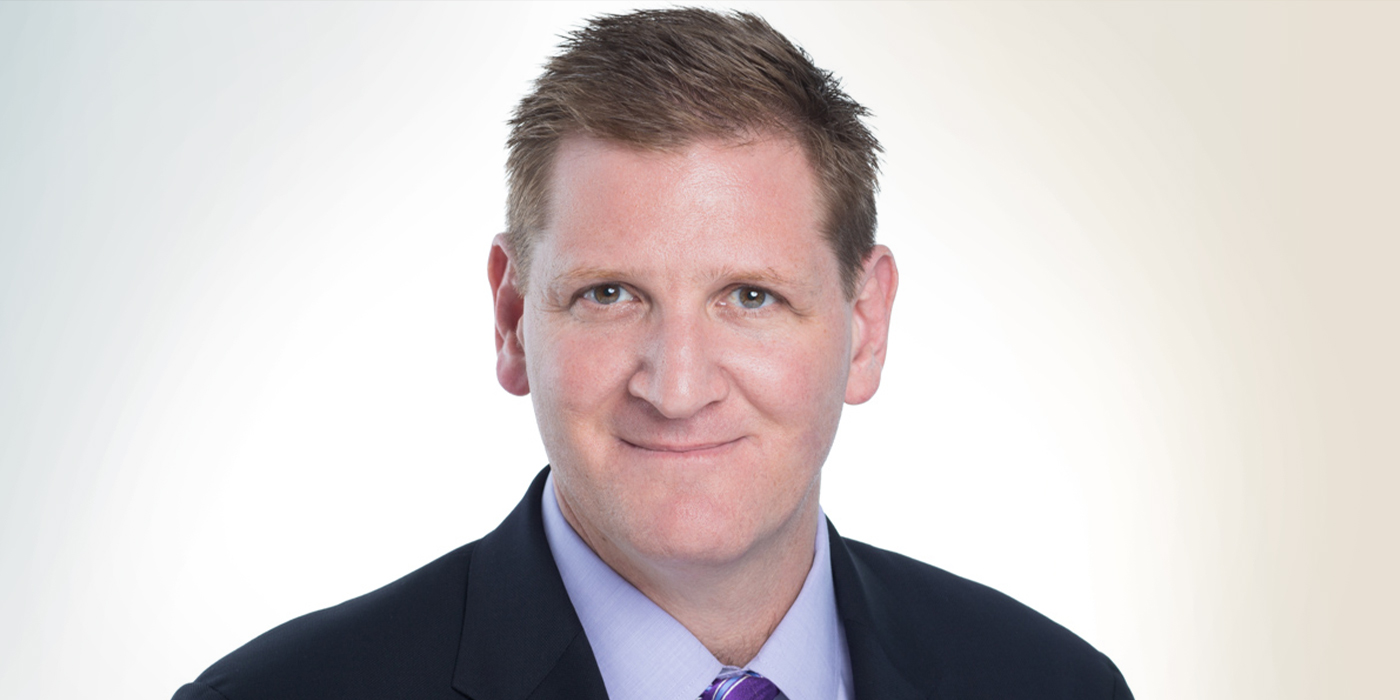 In this episode of Trial Lawyer Nation, Michael Cowen sits down with Ken Levinson, a successful trial attorney who is also very active with his trial consultant focus group practice, for a discussion on how his unique practice is getting big results in the courtroom. Ken selfishly loves his “split practice” primarily because of its process of constant learning which comes with both sides of his practice, noting that he’d never want to give either of them up.

The conversation begins by exploring focus groups, as Ken talks through how they help in cases because lawyers are able to find out what resonates with people and then test it before ever stepping into the courtroom. “Over time, I’ve learned the better approach is to accept what people tell you. Listen, and in a neutral way, find out what’s going on.” Ken goes on to say “I don’t want to fall in love with my case or a witness or a theory without really stepping back and almost looking at your case in a different way” which is exactly what focus groups help him do while pointing to the teachings of Michael Leizerman [link to Michael Leizerman episode] of needing to have a “Zen mind” or a beginners mind. He adds “I think we get lost in the language of being a lawyer and I’ve really tried to train myself to talk like real folks in everyday life about our cases.” Michael then points out how it is incredibly important to be yourself, noting the power that authenticity brings to human communication both inside and out of the courtroom.

After working with so many great lawyers, Michael wonders what Ken has seen separates the good from the elite. Ken points out two factors he’s seen in elite lawyers: 1. They know their cases inside and out and although they may seem to talk very casually about things in the courtroom, they actually work extremely hard; and 2. The better trial lawyers he’s gotten to know are always learning. Ken goes on to point out there are some firms he might do 20+ focus groups for in a given year, and although they have been getting multi-million dollar verdicts for decades now, they are always learning, testing, reading, revising, and thinking about how to improve.

Michael speaks to his own experiences on learning and how over the years, while there are some basic human things that don’t change, many things do change over time and thus, lawyers need to be open to continuing to learn in order to be effective in the courtroom. Ken follows up to describe some of the other things he’s doing to continually get better, such as reading a lot on decision-making, psychology, and metaphors, then discussing what he’s learned with friends and colleagues, testing things for himself in focus groups, case preparations, depositions, and in the courtroom. He also goes to seminars and holds in-house trainings. Ken also discusses some of the ideas he’s learned from R. Rex Parris [link to Rex episode] on metaphors and how he’s been able to incorporate them into his courtroom proceedings.

Talking more about Ken’s experiences with focus groups and testing theories within them, he describes a few exercises he’s used to better understand the imagery that focus group juries associate with their case using simple techniques. Then he takes things a step further to discuss the findings, one-on-one, with the focus group participants. Through this process, he’s discovered many great metaphors and images that have helped his cases as well as some that needed to be tweaked or reworked for a case, noting that it’s better to find out and understand things which can negatively impact your case prior to trial, than during it, of course.

Beyond running his law firm and focus groups, Ken has also written books and articles, which begs the question – how does he have time for all of this? Ken describes his methods of time management which include getting up several hours before his wife and kids, but also includes time blocking and scheduling things based on his own understanding of the best times for him to get work done, which he details more in this episode. Michael also talks through the structures he’s implemented in his life and his firm to help to “move the ball forward” toward accomplishing his goals.

Michael turns the conversation toward what lawyers can do to set themselves up to achieve their goals, whether it is getting a $43 million verdict or a $6 million settlement, to which Ken turns the table a little bit and points out some great advice he had heard from Michael about taking on the right cases and turning away the others. Michael elaborates on this point and discusses the juxtaposition of the normal mentality associated with turning down cases, which really hits the nail on the head in terms of getting more of the types of cases lawyers want to get and building their practice.

Their conversation rounds out in a discussion revolving around the terms Ken has seen come up over and over in focus groups involving trucking cases specifically. Ken talks about terms he’s found to be important to focus groups and juries alike such as “professional driver,” and ideas revolving around vision and forgiveness. Truly insightful information that Ken discusses more in depth, which not only brings perspective to trucking cases at their face value, but also the impact focus groups can have in helping to bring another element of humanity into our cases by getting the perspectives of what’s important in the eyes of others.

Ken Levinson is a passionate advocate for accident survivors and child safety. For more than 20 years, he has represented disenfranchised clients against corporate giants. By using the law, the court system and his skill as a lawyer, his goal is to level the playing field for those facing the most challenging times of their lives.

Ken also serves as chair of the section’s Practice Resources Committee, which compiles documents such as pleadings, research, expert reports and other information that might be helpful to fellow trial lawyers. As part of AAJ, Ken acts as Secretary of Motor Vehicle Collision, Highway, and Premises Liability Section and Chair of the newsletter committee; he has served as Education/CLE Vice-Chair of the Trucking Litigation Group (2014–2015) and Co-chair of Publications Committee (2013-2014). Additional memberships include the Chicago Bar Association, where Ken has also been the Solo & Small Firm Practice Committee Chair from 2009-2019, Vice Chair (2008 – 2009), and the Illinois Trial Lawyers Association, where he is currently a member of its Board of Managers. Under ITLA, Ken is also a co-chair of the legislative committee. In 2010, Ken was elected to serve a three-year term on the Trial Lawyers College Alumni Board. He is currently serving on the editorial board of The Warrior, the Trial Lawyers College magazine.

Ken has written numerous articles for prestigious lawyer publications and spoken at dozens of conventions for trial lawyers and American Bar Association organizations. Ken also recently appeared on an episode of the Trial Lawyer Nation podcast.

Ken is currently the Vice Chair of the American Association of Justice Trucking Group. Ken also formerly served as Chair of the American Association for Justice Motor Vehicle Collision, Highway and Premises Liability Section and  Illinois Board of Governors for the American Association for Justice, a designation that carries Illinois Trial Lawyers Association (ITLA) Board status. He has been recognized by Leading Lawyers and Super Lawyers magazines as one of the top attorneys in Illinois, including the Super Lawyers Top 100 in 2012, 2016, 2017, 2018 and 2019. He is the co-author of Litigating Major Automobile Injury and Death Cases, a two-volume reference series designed to help attorneys build strong cases for their clients by highlighting real-life case studies related to Major Auto Injury and Death. The book is published by AAJ Press/Thomson Reuters.

Named one of The 40 Lawyers Under 40 to Watch in Illinois by the Law Bulletin Publishing Company, Ken is among a select group of trial attorneys that has graduated from legendary lawyer Gerry Spence’s Trial Lawyers College, which is dedicated to training and educating lawyers who represent people against corporate and government oppression. Ken is one of only 100 trial lawyers from Illinois selected for The American Trial Lawyers Association, where membership is by invitation only.

After receiving his Bachelor of Arts degree from Hobart College in 1989 and his Juris Doctor in 1992 from Case Western Reserve University School of Law, Ken was appointed an Assistant Illinois Attorney General, representing state agencies and employees in civil matters, including both personal injury and civil rights cases. He has been admitted to practice before the Illinois Supreme Court and the Northern District of Illinois, United States District Court since 1992. Levinson is also admitted to the Federal Trial Bar.

Ken volunteers his time and resources to a variety of community and charitable organizations in the Chicago area, such as sponsoring the Tristin Speaks Benefit, which raised funds for autism awareness. Ken is a former member of The Citizens’ Council of LaGrange, a non-partisan community group that promotes better government through the recruiting and evaluation of candidates for local public office, having co-chaired the Council’s Qualifications Committee. Ken participated in the 39-mile, two-day Avon Breast Cancer Walk and the St. Jude Walk/Run to End Childhood Cancer. Ken also supports Art in Motion, an event hosted by the Associate Board to raise funds for the Rehabilitation Institute of Chicago, now known as the Shirley Ryan AbilityLab.

Ken is an area native, born in Chicago and currently living in LaGrange, IL. He is happily married and the father of three boys, keeping him very active in youth and sports-related activities. One of his favorite pastimes is to go with his wife to their sons’ high school varsity games and in-state and out of state tournaments for basketball and volleyball.

Ken can be reached at all hours via email: Ken@LevinsonStefani.com

How Customers Think: Essential Insights into the Mind of the Market by Gerald Zaltman

Marketing Metaphoria: What Deep Metaphors Reveal About the Minds of Consumers by Gerald Zaltman

Metaphors We Live By author George Lakoff and Mark Johnson