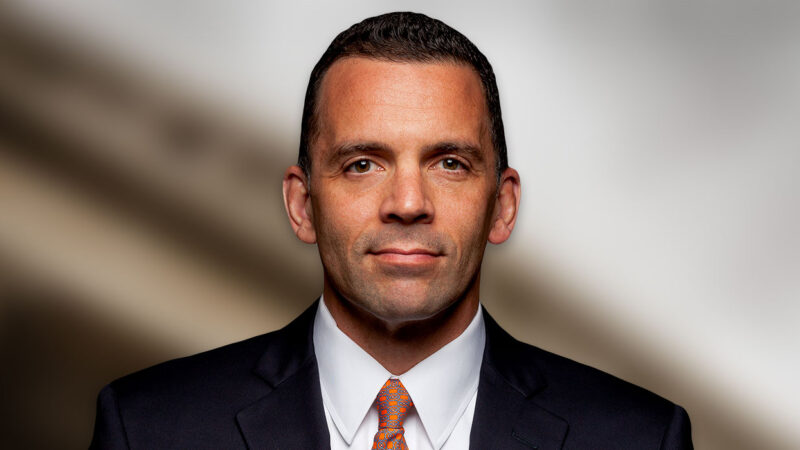 In this Trial Lawyer Nation podcast, Michael sits down with trial attorney Brendan Lupetin out of Pittsburgh, Pennsylvania. Brendan, a self-proclaimed “trial nerd,” is one of just a handful of attorneys who has tried a case in the era of COVID-19, receiving a $10.8 million dollar jury verdict on his medical negligence case. They’ll discuss Brendan’s background, the details of the case, how he prepared, what it was like trying a case during a pandemic, and his advice for lawyers and courts across the country to start having jury trials again. 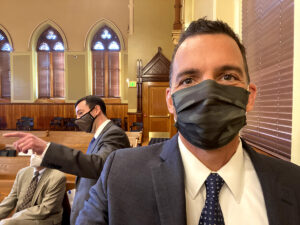 The episode begins with an overview of Brendan’s background and how he became the successful trial lawyer he is today. He explains how he began by trying about 10 bad cases where he lost “in brutal fashion,” and finally found his first victory with a $500 rear-end car case verdict. Since then, he’s focused on reading everything and anything he can on trials. Now, he’s tried 40 cases to jury verdict and has found great success in the last 10.

As a self-proclaimed “trial nerd,” Brendan spends most of his free time reading and studying the work of other great trial lawyers and legal scholars, citing Rick Friedman, Keith Mitnik, David Ball, Artemis Malekpour, Jude Basille, and many others. He and Michael discuss the difficulties of implementing all the trial theories and strategies available today, but Brendan explains how his approach is to blend them all together to find what works best for him. A sentiment echoed by Michael and certainly a recurring theme on the show.
Michael then asks Brendan about the details of the medical malpractice case he recently tried. While the difficulties of trying a case during a pandemic are apparent, Brendan insists his job was made easier by the fact that this was truly a great case. Brendan’s client, a 41-year old father and project manager, went to the hospital for an MRI. He had an allergic reaction to the contrasting chemical they injected him with. While the hospital had policies in place to protect patients in the event of an allergic reaction, none of those policies were followed and Brendan’s client was unfortunately left with a severe brain injury.

Michael then notes that Brendan ended up with such a simple theory, which Brendan explains was a long road to get to. They originally had 3 defendants, but after numerous focus groups and hiring John Campbell of Empirical Jury to run a study after Brendan “serendipitously” listened to his podcast episode 3 ½ weeks before the trial, they decided to drop one of the defendants because he complicated the story. Michael agrees that this was a smart move, quoting Rodney Jew by saying, “If you chase two rabbits, you won’t catch either one.” 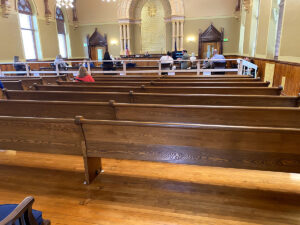 Brendan also kept in mind Mark Mandell’s case framing theory throughout the trial and describes how he was tempted to dispute the defense’s timeline of events because he found they were about a minute and a half off. But after employing the case framing theory, he and his partner decided to leave that out because it drew away from the main focus of the case – “Policy violations caused delay, and delay is never good in an emergency.”

Michael then asks Brendan what else he’s learned throughout his study of advocacy that he used in the trial, to which Brendan simply replies, “everything.” He describes his journey to crafting the perfect opening statement, employing techniques from David Ball, Nick Rowley, Keith Mitnik, and many others. He also recorded the final product and shared it on his YouTube channel. It’s clear throughout the episode that Brendan is truly a lifelong learner and is constantly honing his craft as a trial lawyer.

After gaining insight into the case and Brendan’s trial techniques, Michael asks the question on everyone’s mind – What was it like trying a case during the pandemic? Brendan first gives credit to Judge Jackie Bernard and the court system for setting up an incredibly safe and effective trial plan, and emphasizes the need for more courts to follow suit and begin holding jury trials again.
The court began by sending out a questionnaire to potential jurors which asked hardship questions, immediately excluding anybody who had health concerns or was extremely uncomfortable attending a trial because of COVID-19. Voir dire was held in a huge courtroom with 45 people in the room, and 45 others in a separate room watching on video. The process was so streamlined and well planned that they were able to select the jury in less than four hours.

Once the trial began, this attention to detail became even more evident. Everybody wore masks for the duration of the trial, there was plexiglass around the judge and witness stand, and the jury was spread out around the room in a way so creative you have to hear it to believe it. By using these precautions, the trial went on without a hitch and with a significantly lower risk of infection than a traditional trial set up. 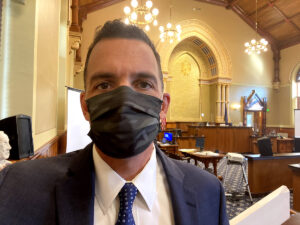 Brendan and Michael agree that without a significant threat of a trial, their big cases won’t result in a fair settlement. They discuss the immediate need for courts to find a safe solution to continue jury trials and the need for plaintiff lawyers to work together to persuade their courts to do so.

They end the episode on a surprising note. Brendan explains how everybody thinks trying a case during the pandemic is this crazy experience, but he said it really didn’t feel very different from trying a case in a courtroom you haven’t been in before. You always need to adapt to a new judge’s rules, a new courtroom set up, etc. This wasn’t much different than that. And by implementing the safety precautions Brendan described, courts around the country can begin to open and allow the pursuit of justice instead of pushing trials off further and further. As Brendan poetically put it, “Hope is not a plan.”

This podcast also covers Brendan’s favorite closing strategy, obtaining a representative jury during COVID-19, the “freaky” accurate results of Brendan’s Empirical Jury study with John Campbell, and so much more. 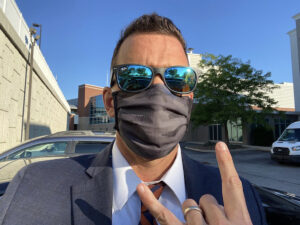 Brendan is a trial lawyer in Pittsburgh, Pennsylvania.  He focuses on medical malpractice, product defect and personal injury law.  He loves helping the people he represents and trying their cases to jury verdict when necessary.

The son of a doctor and trauma counselor Brendan learned early on the importance of compassion, empathy and to always stand up for what is right, no matter the consequence.

Following a four-year tenure as a scholarship swimmer, Brendan received his B.S. from the University of Pittsburgh in 2000 and his J.D. from the University of Pittsburgh School of Law in 2005.
During his career, Brendan has tried numerous cases of all types to jury verdict.  Over the course of the past several years, Brendan has obtained numerous multi-million-dollar verdicts for his clients – all of which far exceeded the highest offers of settlement.

What Brendan loves more than anything, however, is spending time with his wife and high school sweetheart Lacey and their three sons Nathan, John and Owen.